Pouring at the Coast

This weekend, for our anniversary, my girlfriend and I thought it would be fun to go to Pouring at the Coast. We were wrong. I called the chamber of commerce to ask some questions about the event since the website was lacking in information. I found out later that the person I spoke with had no idea what they were talking about. The event she described was many different brewers there to answer questions about the beer. In addition to this one on one time with the brewers there would be live music. What was delivered was a little different.

When we entered this blessed affair I should have smelled something fishy because the venue looked suitable for a high school dance. I was shocked at the miniature scale, but bigger isn't always better, big crowds, long lines, beer getting spilled when a drunk ass bumps you from behind. I was optimistic since there would probably be none of these usual brew-fest negatives.

Unfortunately this was not a typical brew-fest at all, it was a beer and food pairing. When first arrived at the chamber of commerce we were quickly carded by a surley security guard that informed us he had seen some fakes recently so he needed to check. After the security checkpoint we went to pay for the entrance which was an had 3 options all of which came with a pretty nice commemorative glass and entrance to the event. The pricing structure was as follows:
At a usual beer fest 24 tickets would be an average night of drinking and you could try a bunch of different beers and still be walking. This was not the case here. A sample at this event was approximately 4 to 6 oz. We were not planning on staying the night so this posed quite this problem since one of us needed to drive. 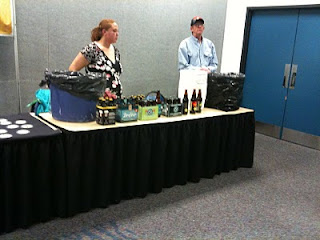 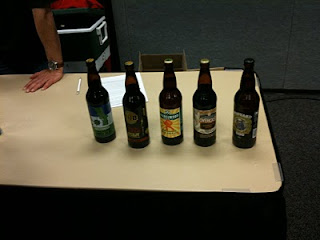 The majority of beers at this event were in bottle form. Pretty pathetic for an Oregon beer event. That's something you would expect in Bud Country but not here. There was a table with a display of beer at a each end of the event. The beers available were good but I couldn't get over the fact that they were in bottles.

There were only 5 actual breweries there Rouge, McMenamins, Pelican, Astoria Brewing, and Fort George Brewery. The Representative from all but Fort George didn't know anything about the beer they were peddling. 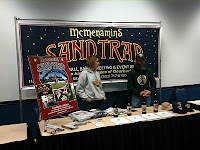 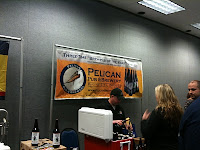 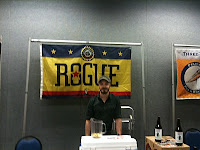 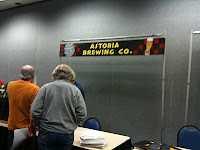 The beers that I did try were as follows. I chose not to rate any of them because you can get then all in bottles at pretty much any decent beer store.
As far as the entertainment goes I think this picture speaks for itself. 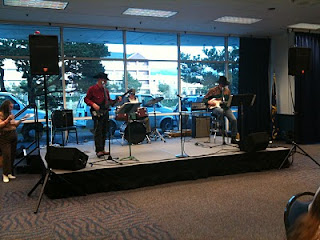 ALL COUNTRY ALL THE TIME (Sometimes about drinking beer.)
After having 7 drinks (Whitney had sips of my beers) we decided that the fun/intoxication level had peaked and decided to go. While Whitney went to the bathroom for the long drive home I decided to plead my case for giving me some money back to the ticket seller. Since we had approximately 20 tickets left and I explained we were used to getting served much less the she gave me 20$ back. Making the whole thing for both of us cost 20$. Not a huge saving but I was excited the $40 crap fest turned into a bearable $20 event.
Posted by Joseph M. Cooley