Origin:
My girlfriend Whitney wanted to brew her first beer. So we chose something simple that I knew was going to come out good. A light summer blonde ale. Since Whitney is a natural blonde she liked the name Matches the Drapes Blonde.

Ingredients:Procedure:
On Good Friday, April 22, 2011 I had work off so... brew day. My girlfriend wanted to learn how to brew so 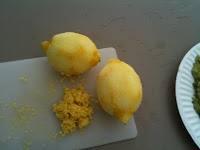 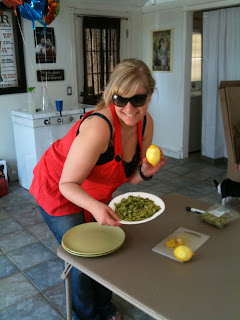 I decided to let her brew. She wanted to brew a nice summer ale. So we went to main brew and bought ingredients. While the the grains steeped she zested 2 lemons, and split up the hops. 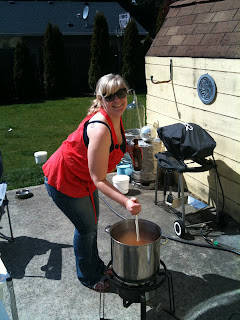 The brew started off like any other by steeping the grains in a bag while the water came up to temperature. Once the water began boiling we added the liquid malt extract and waited for the boil to begin again. After boiling had resumed Whitney added hops according to the hops schedule. Lemon zests, Irish moss and hops were all added during the last 15 minutes of the boil. A final addition at 5 minutes and the boil was done. After cooling with an immersion chiller the beer was transferred the initial gravity was taken and the yeast was pitched. Into the brewing closet the bucket went.

UPDATE: 4/30/11
I transferred from primary to the secondary today. Nothing special just an update. It's looking like it needs a while longer to attenuate. After I transferred to the secondary fermentation resumed immediately with a fury. It was bubbling every couple seconds once in the carboy.

Gravity at Transfer: 1.014
Current Alcohol:
UPDATE: 5/13/11
I transferred the blonde to a keg a few days ago. Unfortunately Blogger (that I host my site on) went down and I lost my original post so I had to rewrite it. The blonde turned out great very smooth and mellow. Slight citrus aftertaste. Great beer for a hot day.