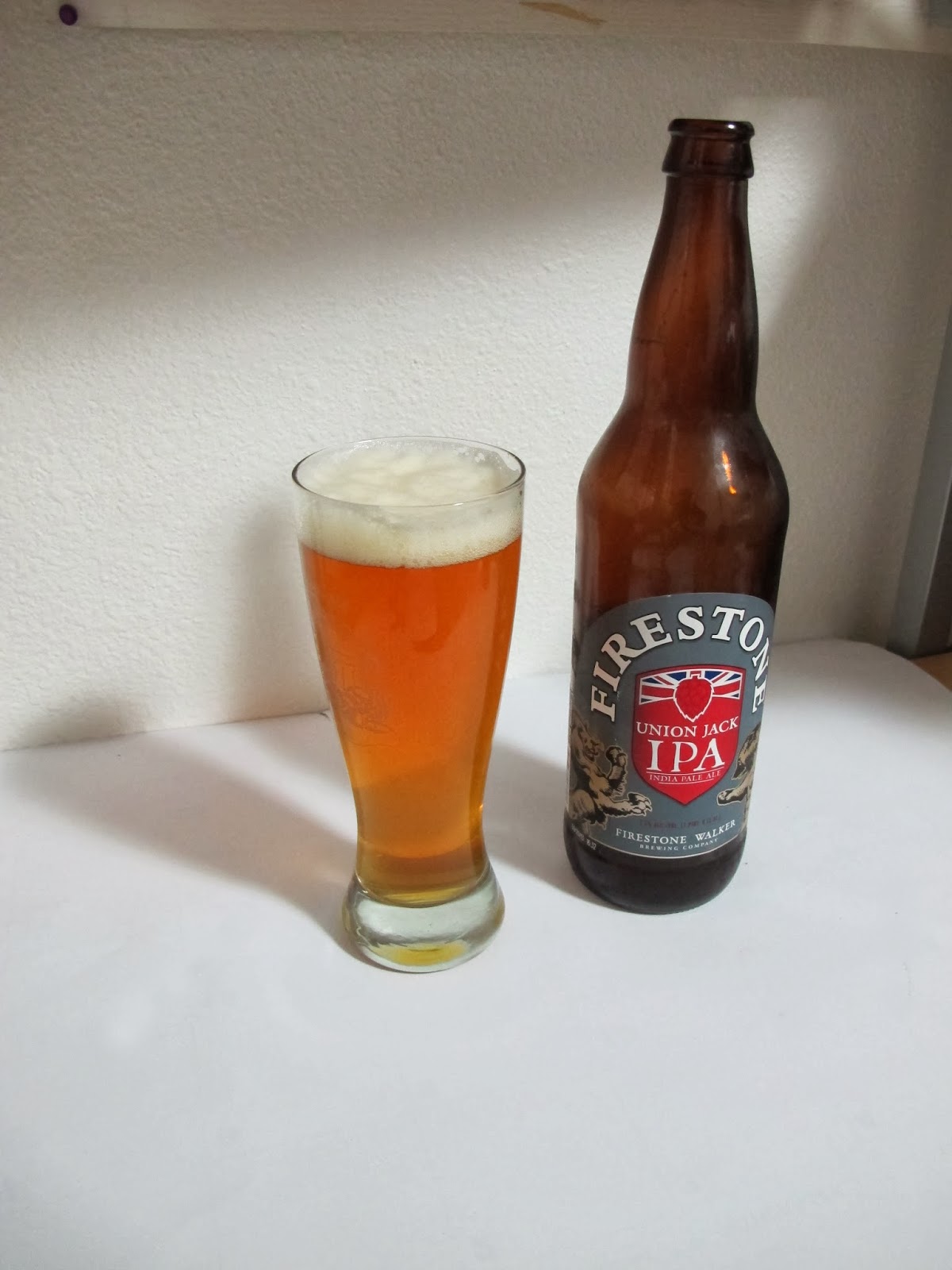 Brewery: Firestone Walker Brewing Company
Location: Paso Robles, CA
Beer:  Union Jack IPA
Style: American IPA
Size: 22 oz.
ABV: 7.5%
IBUs: 70
A (3/3): About a finger of foamy light yellow head remains on this golden beer for several drinks, then quickly goes away. A decent amount of lacing is presented as the beer is drank and you become aware of its clarity.  I observed a very sparse stream of bubbles slowly rising from the bottom and then clinging to the walls of the glass once they reached the surface, forming a thin ring of bubbles around the top.

S (10/12): The first smell of this beer lets you know what its about, hops. Grapefruit, orange and pine present themselves immediately, after a moment , unity is reached and the malt aroma comes through.  The malt is much weaker than the hops obviously but it makes itself known.  You notice the bashful malt like you would an 80 lb. high-schooler when picking teams in gym-class, aware of their existence but much more interested in the star players.

T (17/20): The first thing I noticed about hits beer is how clean it finishes.  It has a very clean and bright finish, this cause you keep wanting to drink it.  The hops definitely take front and center but there is a malt character that does not go down without a fight.  I feel like my palate was a child stuck in a domestic disturbance where the malt and hops were both fighting for its love.  A great tasting beer from start to finish. 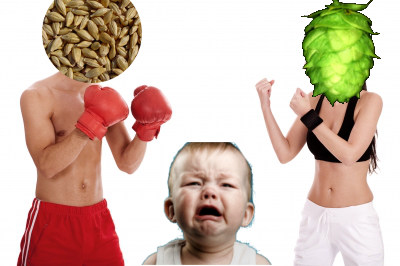 M (5/5): The perfect embodiment of how an IPA should perform when drank.  A medium bodied beer with light to moderate carbonation. The beer finishes a little sticky but for the most part clean and dry. A small but pleasant hop bite that doesn't grab your tongue long enough to leave its impression. This begs you to take another sip and relive the experience.

O (9/10): An amazing beer in my opinion, good all the way through. I checked the Firestone Walker website and as I expected this is a heavily C-hopped beer. with Cascade and Centennial added late in the kettle and then dry hopped with Amarillo, Cascade, Centennial, Citra, Chinook and Simcoe.  The Simcoe flavor stays with you after your finished drinking. A great combination of hops not too bitter, not too sweet a wonderful IPA.