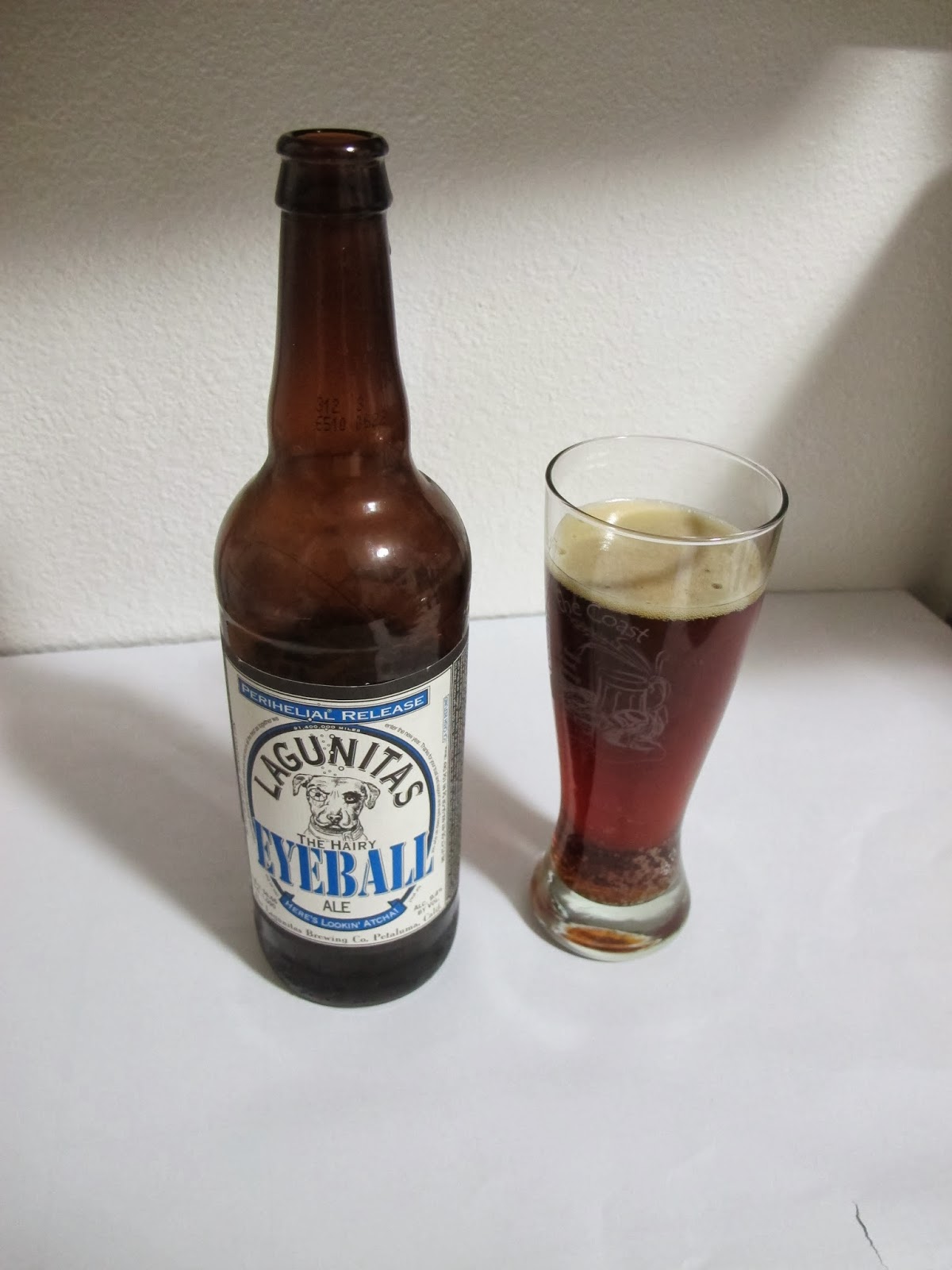 Brewery: Lagunitas Brewing Company
Beer:  The Hairy Eyeball Ale
Style: American Strong Ale
ABV: 9.4%
IBU: 56.66
OG: 1.090
A (3/3): A curtain of effervescent bubbles continually float the top of  a short and persistent creamy head.  The legs on this beer coat the glass all the way to the bottom when drank.  The head on this beer stays for longer than any beer I have had in a while.  This dark copper colored beer is incredibly clear.

S (8/12): Light pine and molasses with a hint of citrus exhale from the glass as you bring it to your nose.  After the initial molasses note a raisin aroma presents itself along with a noticeable alcohol smell.  This kind of reminds me of a dopplebock with its fig-like aroma.

T (12/20): A very warming and complex beer with an very malty flavor, presenting itself as a bold chocolate and raisinette flavor and a complex spiced backbone.

M (3/5): A thick sticky beer coats your mouth and as the mild alcohol its pretty boozy but it is balanced enough that it does not detract from the beer.

O (6/10): A good beer but not my favorite, it lives up to its style by being a strong ale.  Its a pretty thick and heavy but drinkable.  Not a beer that I could drink a lot of but a once in a while beer would be ok.