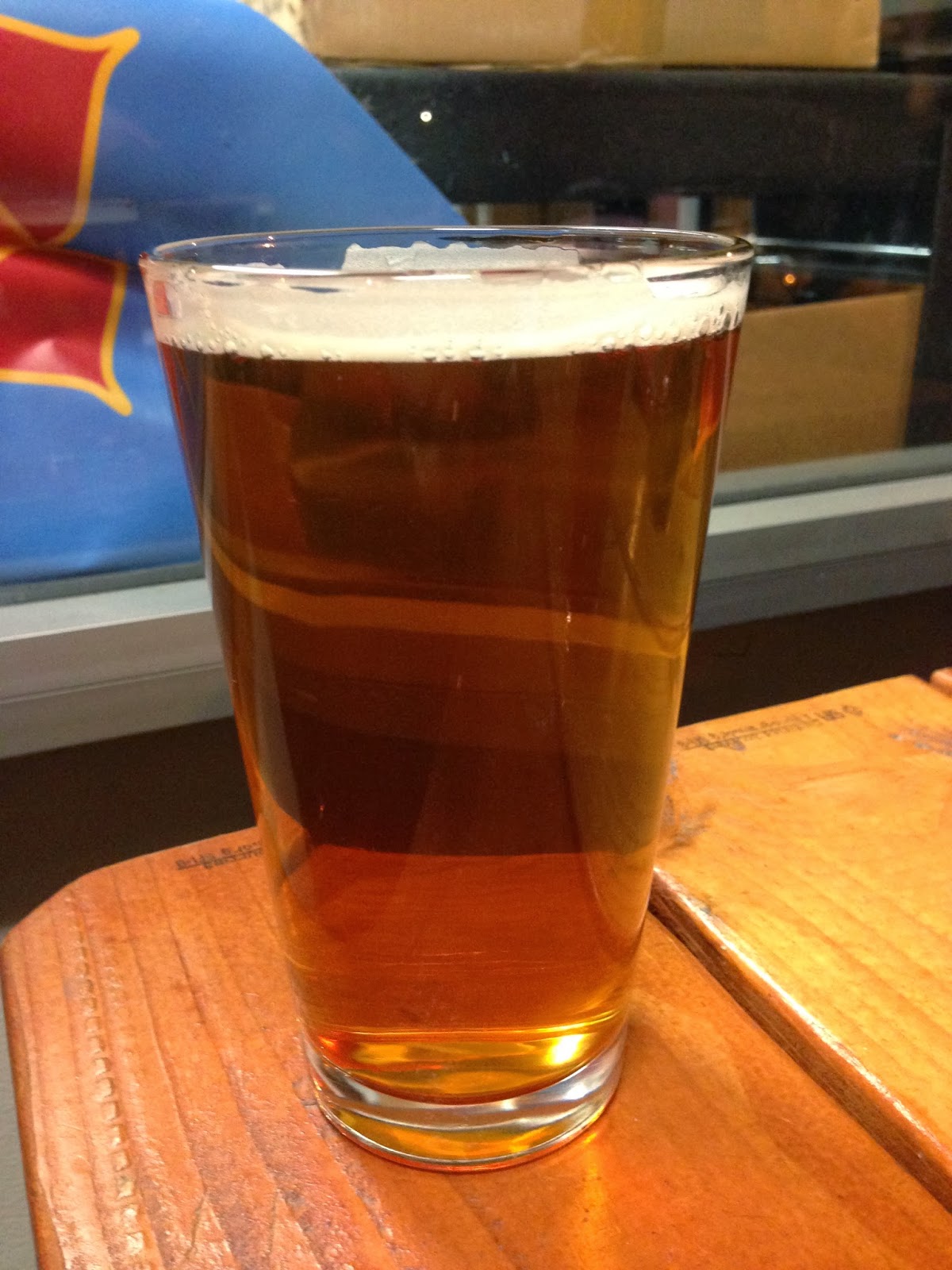 Brewery: Barley Browns Brew Pub
Location: Baker City, OR
Beer:  Pallet Jack IPA
Style: American IPA
Serving: Pint Glass (16 oz.)
ABV: 7.0%
IBUs: One website I found said 80 another one said 50, was not on the Barley Brown website.
I was out at Uptown Market with some friends and heard someone order half a Barley Browns Pallet Jack since he was going to be leaving soon.  I almost did a spit take, since I have been trying to find this beer for almost a month and have had no luck.  I had just ordered a beer that I would soon severely regret, both because it was terrible and because it kept be from a Pallet Jack all the way through the entire unbearable beer.

A (3/3): Very clear orange-ish beer with a fine white head. Nothing special to see here but honestly that's not what we're here for.

S (12/12): Naso-Nuclear attack on the senses this hop-splosion was just incredible.

T (18/20): The first sip is not what I expected, much sweeter that would be expected, still heavily prejudiced towards the hops.  The aroma transitions into the flavor without skipping a beat.  Pine, spruce, tropical fruit and grapefruit are back with a vengeance along with the 2-row barley and crystal malts to perform this balancing act. This beer is heavily hopped with a blend of Columbus, Citra, Amarillo, and Simcoe Hops.

M (5/5): Medium bodied with a smooth carbonation and a smooth finish.  Incredibly easy to drink, no residual biting bitterness, really a pleasure to drink from start to finish.

O (9/10): One of the best IPA's I've ever had.  I can understand why this has won the coveted GABF Best IPA award. Really a pleasure to drink.  This beer didn't get 50/50 because I'd like to think that there is something better out there even if I may never find it.  But I can't think of a single way this beer could be improved.