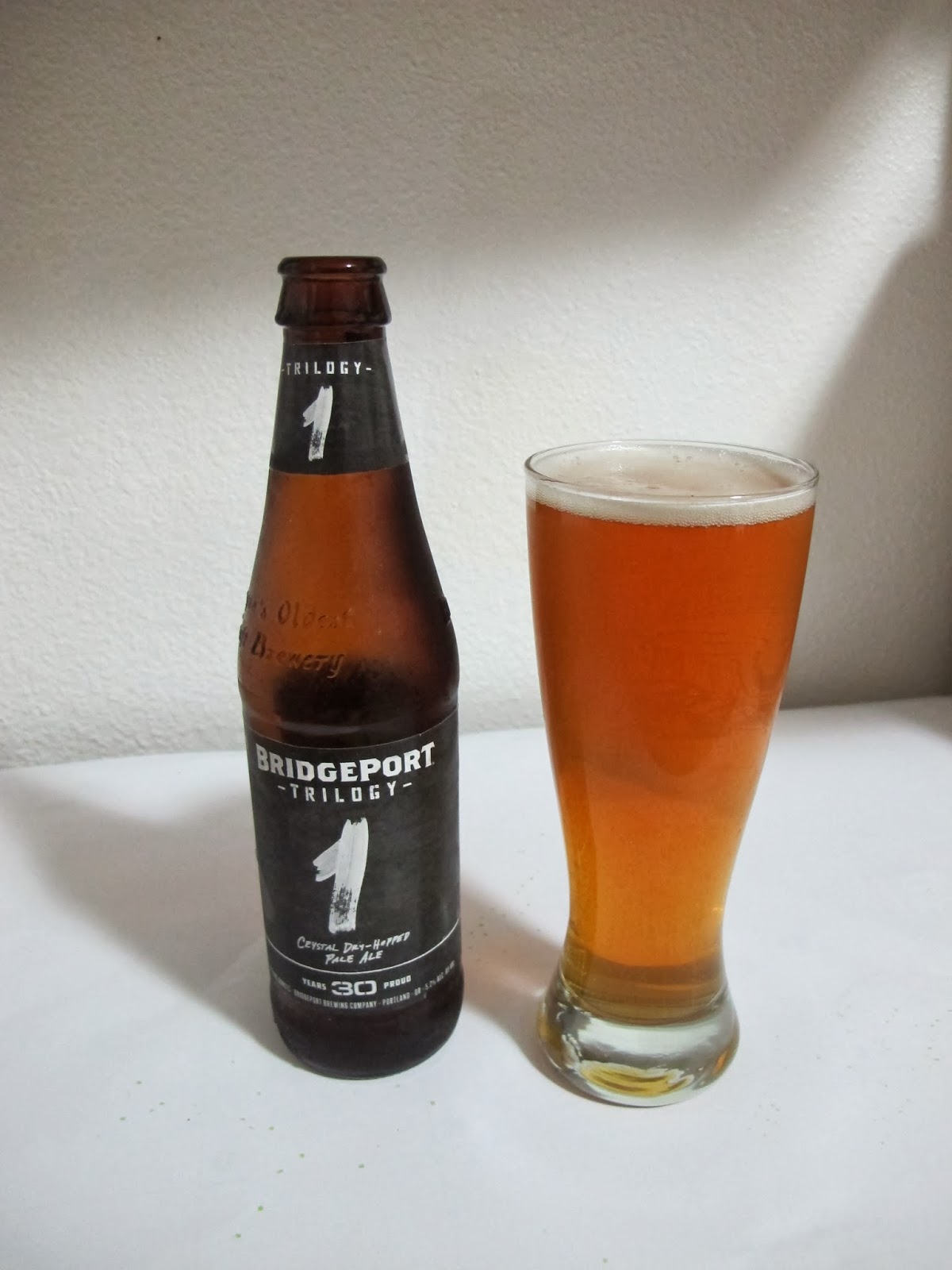 Brewery: Bridgeport Brewing
Location: Portland, OR
Beer: Trilogy 1
Style: American Pale Ale
Serving: Weizen Glass (12 oz.)
ABV: 5.2%
IBUs: 40
Bridgeport Brewing, the oldest craft brewery in Oregon celebrates it thirtieth anniversary with a single dry hopped pale ale.  Oregon grown Crystal hops from Goschie farms in Silverton, OR give this beer its character.  This one time brew was the brainchild of Bridgeport head brewer Jeff Edgerton.  This beer will be the first of a 3 part series commemorating their thirty years in Oregon.

A (3/3): This clear bubbly beer is colored with a pale golden appearance and a long lasting creamy head.  This beer retains its off white head like a champion and coats glass all the way down

S (10/12): Very clean and bright aroma.  The Crystal hops provide a very strong tropical smell of both mango and melon.  After opening the bottle I could smell this beer before it was even poured.  Its like a hop Sentsy® in a bottle.

T (16/20): Not as hoppy as the aroma leads you to believe it will be.  A very present, but still subtle, lemon flavor is nice, complimented by the subtle cereal malt taste.

O (7/10): Trilogy 1 is definitely a dry hopped pale ale over an IPA. The aroma convinces you its a hop bomb until that first sip.  This is followed up by surprise, but not disappointment, in the lack of bitterness the nose had you expecting.  Incredibly easy to drink, definitely for those who love to smell their hops but don't want to be overpowered by bitterness.