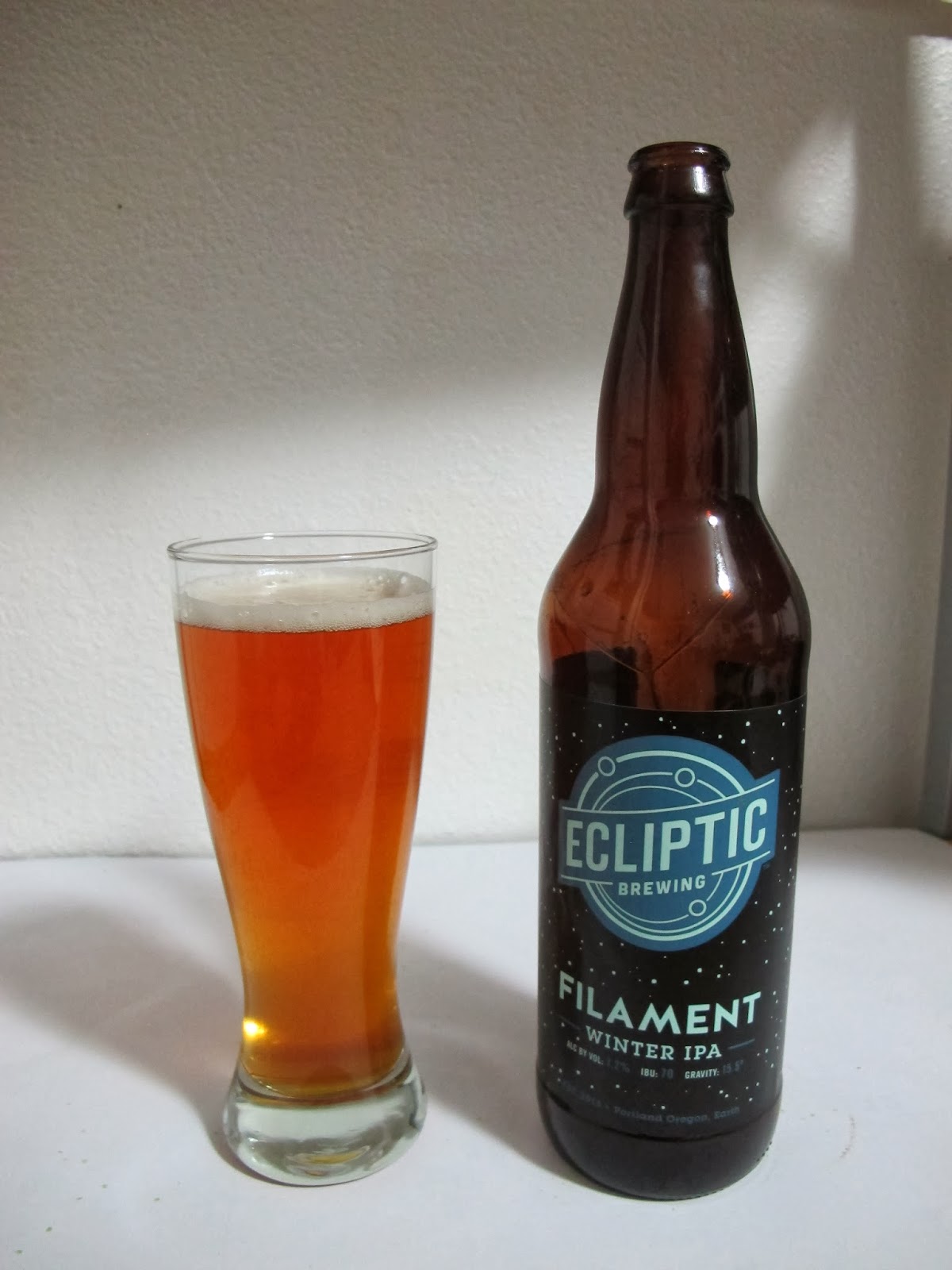 I've been hearing a lot of buzz about Ecliptic Brewing, that has just opened up in North East Portland.  The brainchild of John Harris who left his position at Full Sail Brewing as head brew-master to venture out on his own endeavor.  Johns resume also includes such prestigious establishments as McMenamins and Deschutes Breweries.

A (3/3): A beautiful persistent meringue head, both in texture and color, blankets this amber colored beer.  A highly active curtain of bubbles rise from the bottom, visually providing an interesting aspect not found in most beers.  The leg on this beer tightly hug the walls of the glass like Susanne Sommers on a Thighmaster.

S (10/12): Rich malty nose supply you with the vase in which to place the bouquet of hops. Delivering a blast of orange citrus aroma with a light touch of spice and resin brought to you care of the Chinook, Crystal and Centennial hops. The yeast and malt give it a bready aroma that is dwarfed when presented next to the hop aroma.

T (15/20): A fantastic taste of honey and grapefruit punches your taste buds.  The super bitterness I expected never came, this beer has a relatively small bitterness. most of the hop utilization goes up your nose.  The beer finishes mostly clean with a slight resin that remains after you're done.

M (4/5): This medium bodied beer has a surprisingly average level of carbonation, considering the curtain of bubbles rising from its malty depths.

O (8/10): A great beer I would definitely drink again. Its not spiced in any way but for some reason it does say winter IPA, could just be brilliant marketing.  One aspect that I know is brilliant marketing is Ecliptic's beer naming choices.  All their beers are space themed, Filament is in reference to "the winter sun hangs low in our sky, some 93 million miles away, solar filaments, giant arcs of cool, dense plasma explode from its surface."  I think its great that they have gone with such a non-conventional naming convention; non-conventional, much like the city that Ecliptic calls home.