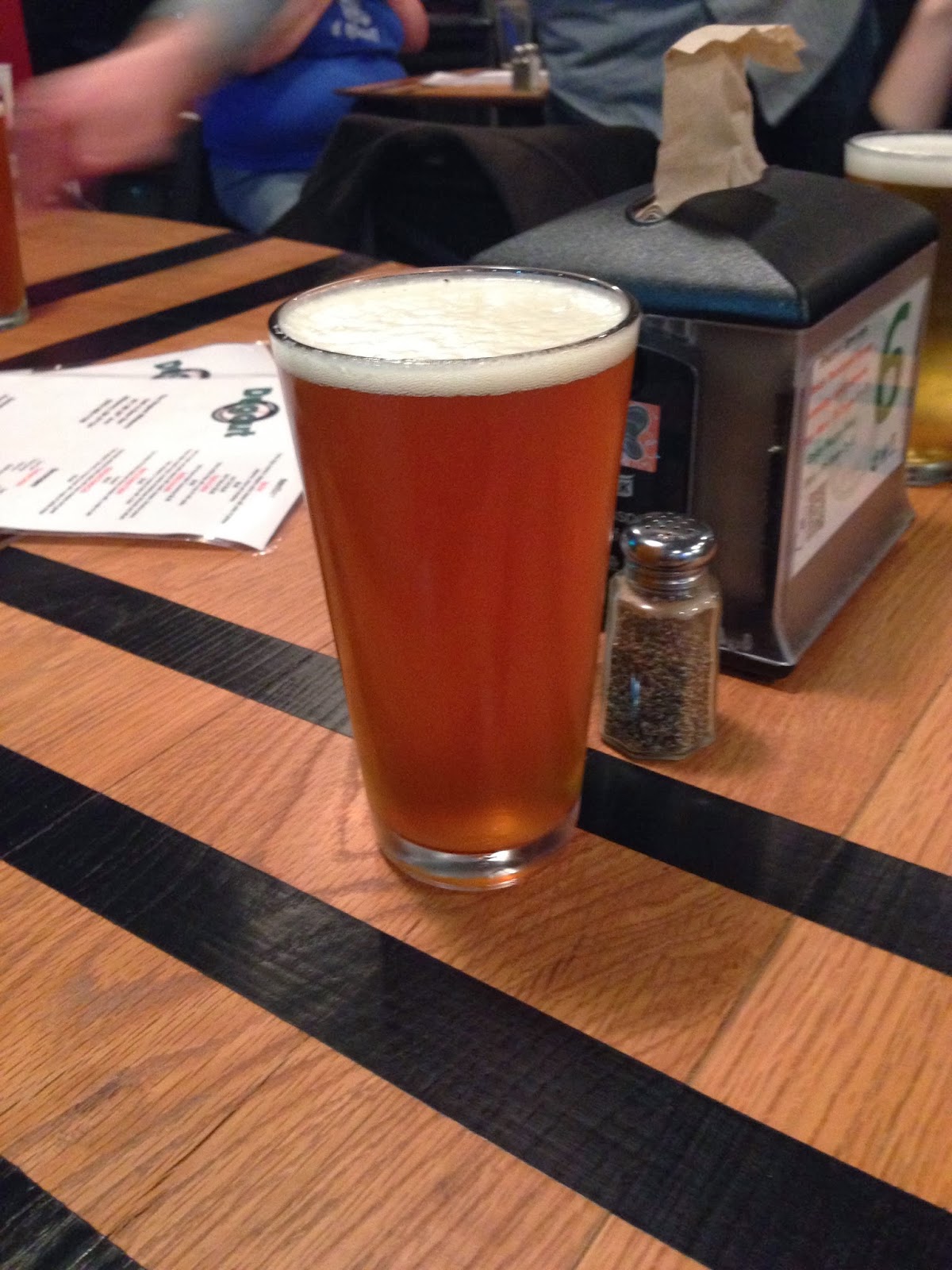 S (8/12): Orange and grapefruit effervesces from this beer along with a diminutive earthy and dank characteristic. Hopped with Warrior and Willamette during five different additions, creates a very complex aroma.  There is a present caramel aroma from the malt that effectively balance this fragrant beer.

T (17/20): Very hop forward beer as you would expect from the nose.  Grapefruit and a light orange flavor stand out upon the first sip.  The nominal malt profile is just present enough to balance the equation.  Finishing with a more lingering bitterness, similar an actual grapefruit, than I look for, but overall excellent flavor.

M (4/5): The full mouthfeel of this ale has a somewhat slick texture, average carbonation and a bitter finish.  The alcohol can be felt on the tongue but a fair penance for the 8.7% ABV.

O (8/10): This is probably a pretty dangerous beer to have around the house, it does not taste like 8.7%.  A great beer, a little more lingering bitterness than I would care for, but the hops are exceptional, very aromatic.