Against the Grain Brewery Visit

This week I traveled to Louisville, KY for work and decided to visit historical Louisville Slugger Field. Home of the Minor League Baseball Team the Louisville Bats...  also Against the Grain Brewery and Smoke House.
Upon entry into the brewery I immediately was overwhelmed by the smokehouse portion of this establishment.  Heavy charcuterie and other smoked meats are forced onto you by an airlock blower above the door.  Eventually the smoked meat aroma faded as I became acclimated to my surroundings.
I ordered a flight of their current six beers on tap.  Agianst The Grain Brewery has a pretty unique way of deciding what will be on tap at any given time.  The beers are divided into six categories: Session, Hop, Whim, Malt, Dark, and Smoke. Each of these catagories remains the same year round but the beer placed in it changes.  I thought this was a novel scheme since you can always go in and get a certain type of beer you enjoy but it might not always be the exact same beer.  The selection that was currently on tap and in my flight was as follows: 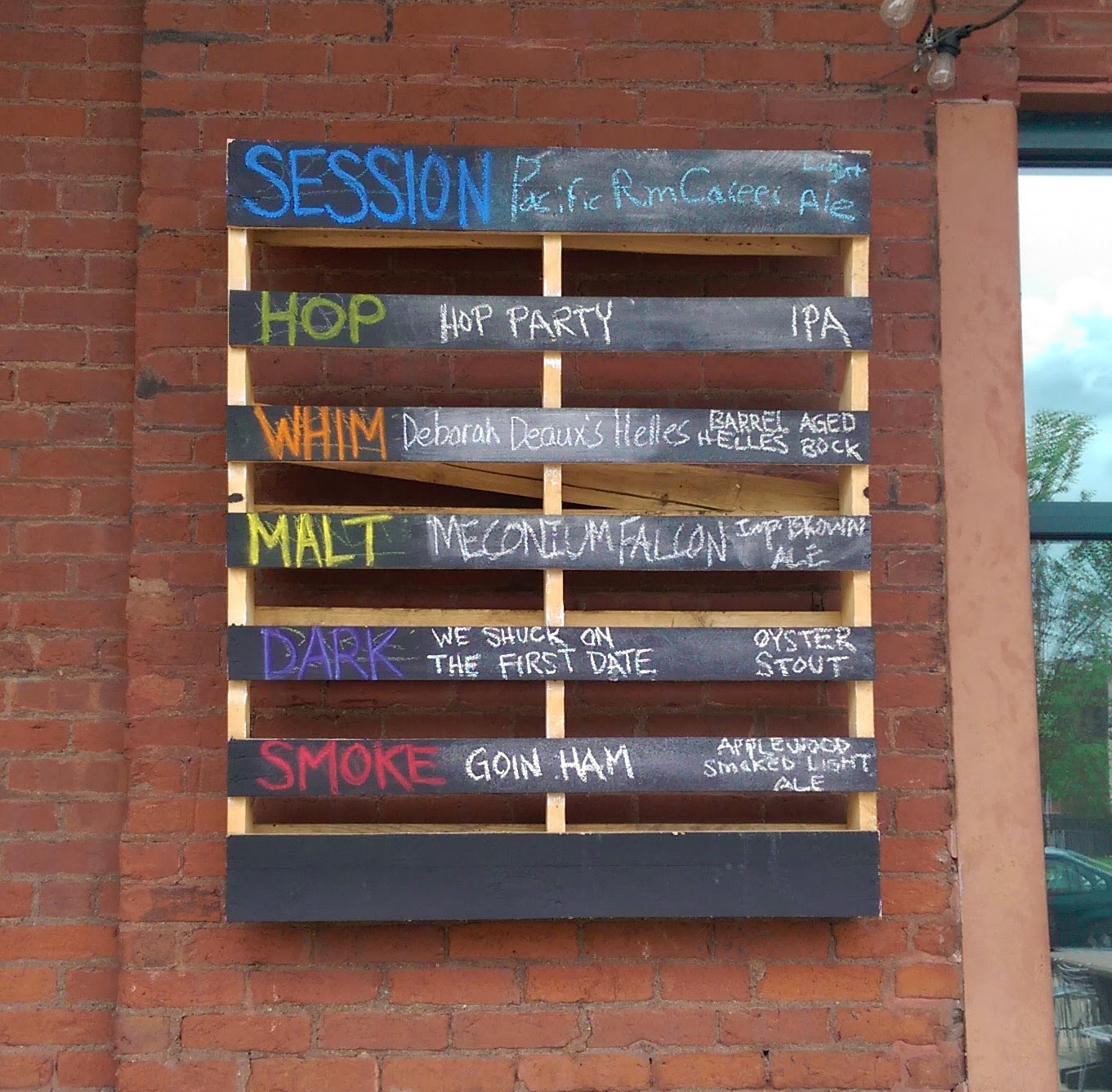 While eating lunch and enjoying my flight I had a chance to speak with co-owner Sam Cruz about the brewery.  I had not known this but it seems that Belmont Station in Portland caries their beer.  However,  Louisiana has some pretty strict brewing laws that make it difficult to do so.  Even the brew pub has to buy their own beer through a distributor in order to sell it on site.  If you're in the Louisville area I would definitely recommend checking out Against the Grain Brewery and Smokehouse.
Posted by Joseph M. Cooley

Email ThisBlogThis!Share to TwitterShare to FacebookShare to Pinterest
Labels: Breweries