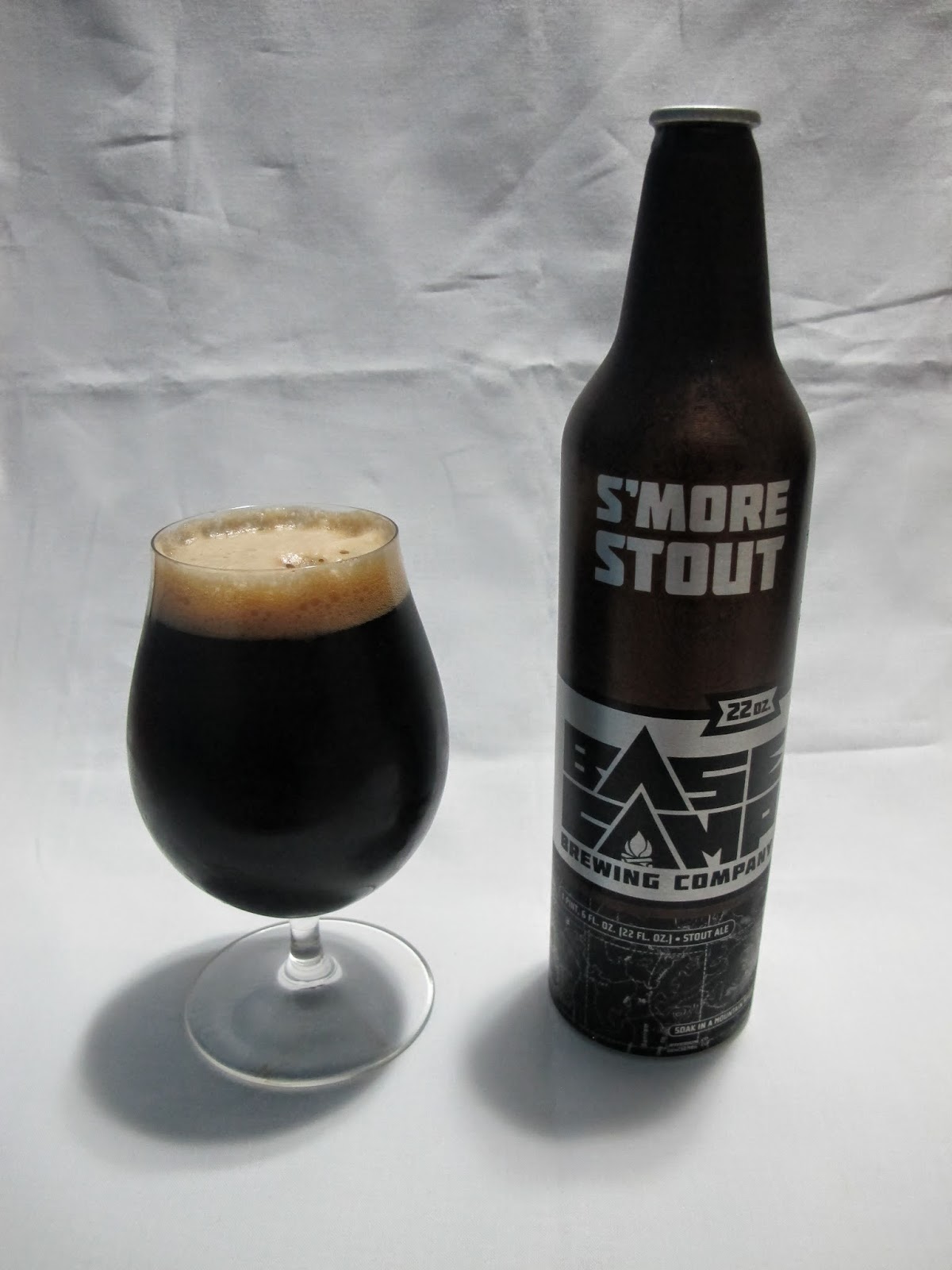 Brewery: Base Camp Brewing Company
Location: Portland, OR
Beer: S'more Stout
Style: American Stout
Serving: Snifter Glass (22 oz.)
ABV: 7.7%
IBUs: 70
I've had this beer at Base Camp before they serve it with a toasted marshmallow as a garnish on the glass.  Unfortunately I didn't have one to complete the s'more ensemble.

A (3/3): About two fingers of dark beige head pours extremely nice but eventually fades to a few patches of bubbles floating on the surface.  Topping the beer off really reinvigorates the foamy bubble blanket but it is recedes almost as quickly as it returns.  The beer is murky black and completely opaque.

S (9/12): The aroma is that of light cocoa notes mixed with some coffee aromatics.  The bottle says there I should be detecting figs, but not without drinking it.

T (16/20): Lots of dark chocolate notes with quite a bit of coffee bitterness.  A couple of sips allow you notice the toasted character as well as the light smokiness of the beer.  No detectable fig character as stated on the bottle but not a detriment to the beer.

M (3/5): Medium to thick body with a creamy, silky texture and a light carbonation.  The beer finishes smooth, but with a slight residual malt bitterness.  The beer hides the 7.7% ABV very well,  almost no detectable alcohol character.

O (7/10): Pretty good beer I remember it being much sweeter the last time I had it.  The malt bitterness hangs on the palate a little longer than I would like but over all I would drink again.