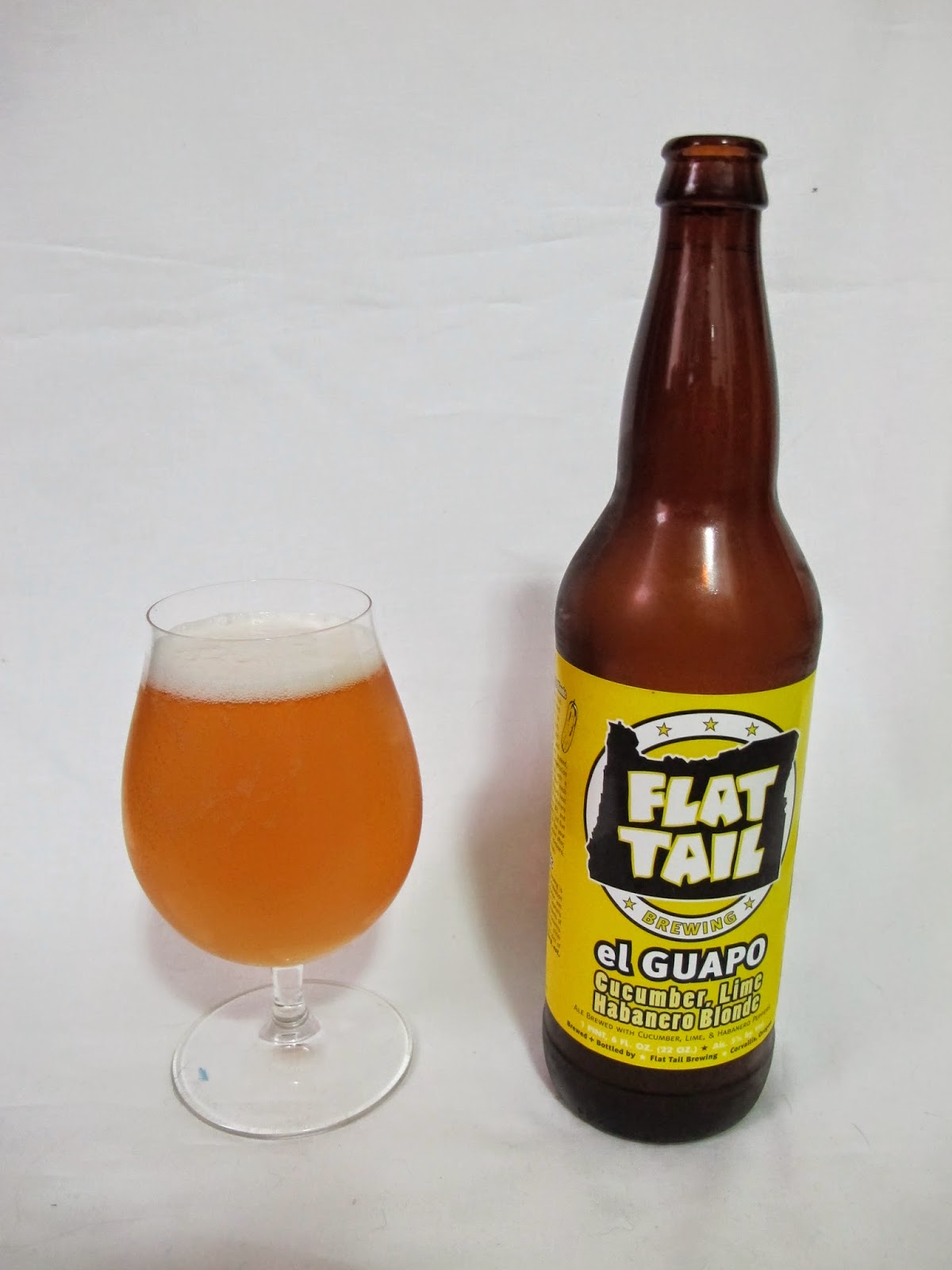 Had to try this crazy mix tape of beer flavors when I saw it.  Cucumber, Lime and Habenero peppers, definitely a beer that needed to be tried if for no other reason than to experience it.
A (3/3): A golden haze topped by a cream colored head that quickly diminishes.

S (8/12): Caught me completely off guard, I just went for it.  Full deep inhalation was met by not necessarily habenero aroma but definitely the volitiles.  I started coughing and sneezing before I could finish my breath.  After a moment I regained my composure and when back for a more reasonable whiff.  I definitely picked up huge blast of fresh cucumber and some of the lime notes but surprisingly little pepper.

T (15/20): Taste is when the three amigos come together.  A slight habenero sting can be felt under the lime and cucumber.  The cucumber and lime are definitely the predominant flavors in this beer when its drank.  After swallowed however the habenero takes hold and pokes the back of the tongue with its spiciness, followed up by a burst of fresh cucumber. This beer, if nothing else, is highly inventive on the palate.  It does still taste like a beer, but a beer with a lot of things going on, steering you away from the beer flavor.

M (3/5): This light bodied beer has a thin texture and a soft carbonation and a dry clean finish.

O (7/10): This beer is surprisingly refreshing; I would have never thought this would be a choice for a lawnmower beer but the cucumber is very crisp and cooling.  The habenero and lime also give it a very interesting flavor profile.  Would probably pair nicely with some spicy Mexican food.