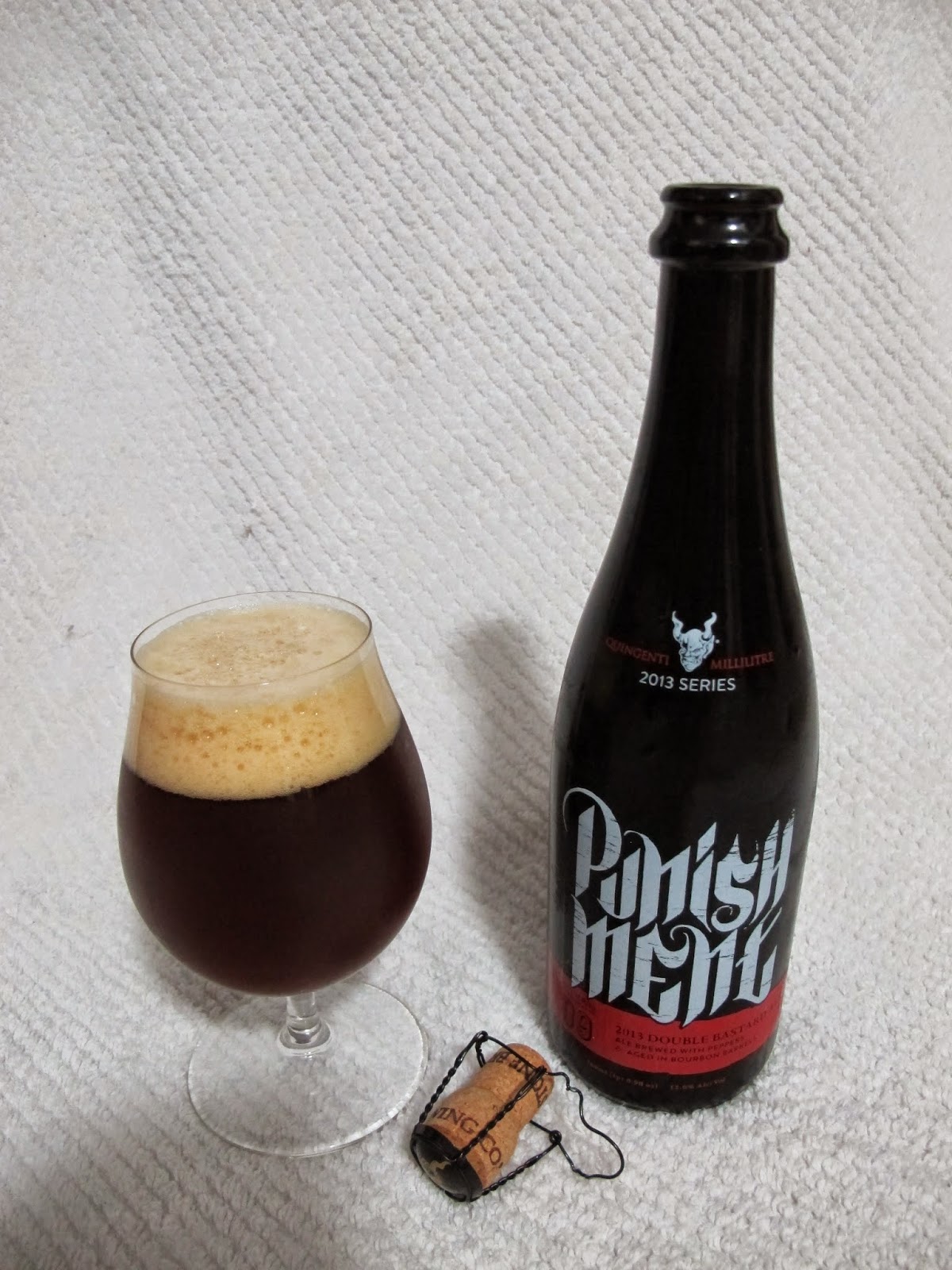 S (6/12): Slightly fruity, sweet and malty to begin with but the pepper aroma quickly overpowers.  Smells almost of a vinegary hot sauce, not the same aroma but similar to Tabasco in... "nose feel?" Slightly vegetal, similar to smelling a fresh cut jalapeno.  A slight smokey oak character resides hidden behind the flames.

T (13/20): Took the first sip with a bit of dread in my heart after my adventures with Crime but I eventually manned up and took my first sip.  Astonishingly sweet upon first impression and then the bourbon barrel aging came though strongly.  This entire time flaming peppers torment my mouth with their sting but not the masochistic suffering that Crime delivered at least to start.  Not even half way through the first snifter this beer begins to deserve its name.  I was determined to finish this beer and it began to become clear this was not going to be fun. 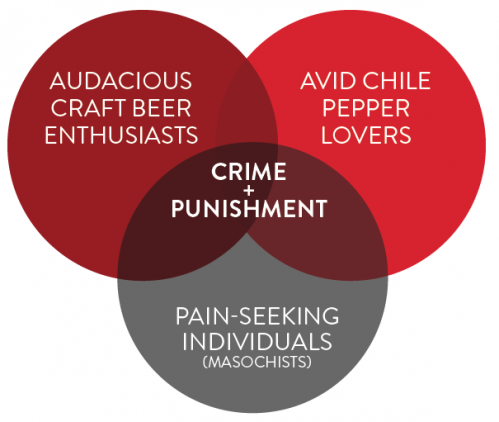 M (3/5): Actually easier to characterize than its unlawful counterpart. A medium mouthfeel with a thicker body and a lively carbonation.  One thing that the peppers do well is to mask the 12% alcohol which could barely be detected.

O (4/10): As the philosophers Def Leppard once stated

"I'm hot, sticky sweet
Uh from my head to my feet, yeah"
Punishment, for how hot and unpleasant it is to drink, does sport a surprising sweetness to it hidden behind the spice. The sweet bourbon and caramel flavors really come through the inferno to trick your palate.  Again, this beer maintains a much higher rating than I would normally give a beer that pained me to drink. Even though the goal of this beer is so awful, it is reached. Also, its an interesting experiment really pushing the boundaries of beer into the painful.

UPDATE 1:  Just poured the last drop of beer from the bottle and a big lump of yeast came plopping out.  So in addition to the massive heartburn that I can feel engulfing my insides I will also be blessed with what I can only hope is burning flatulence. I looked at the bottom of the glass and it is coated with a fractal of decaying Saccharomyces cerevisiae corpses.
UPDATE 2: Finished the beer.  Like I said I would... DAD.  Some final thoughts that linger with me are as follows: