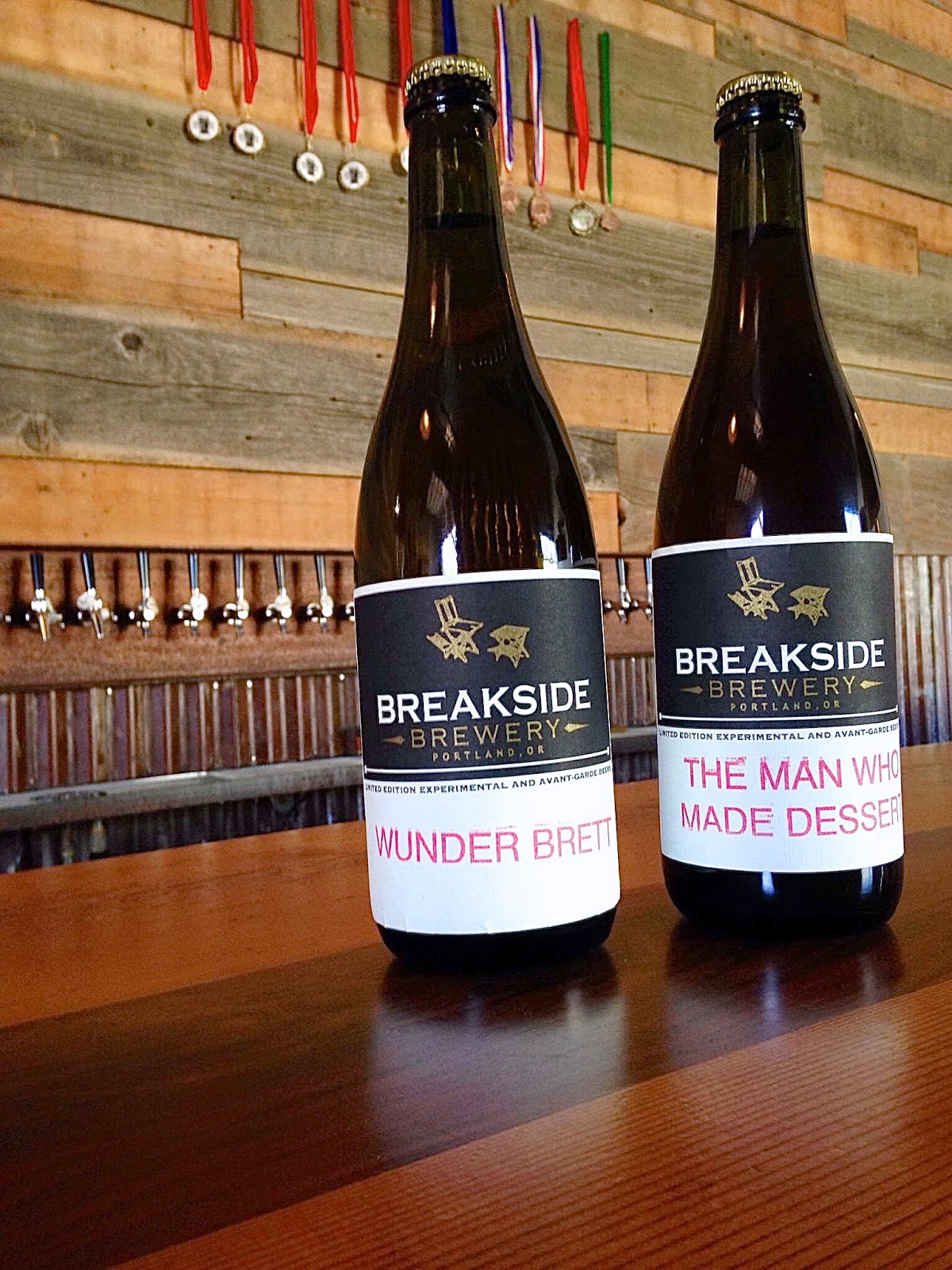 Breakside Brewery is getting into funky and sour beers.  They will be dedicating four taps at the Milwaukie Breakside Taproom & Brewery, as well as two new beers.  Bottles of two new releases will be available for purchase at 14$/750 ml bottle. You can read more in the press release below.

Breakside Brewery, is unveiling new "Funky & Sour" dedicated taps and two limited edition new sour/wild beers in bottles. On Saturday, September 20th Breakside will release "The Man Who Made Dessert" and "Wunder Brett" the first of a series of sour and wild ales brewed with brettanomyces or lactobacillus that will be available exclusively at the  location for $14 a 750ml bottle.

Both The Man Who Made Dessert and Wunder Brett will also be available on draft for a limited time in the new "Funky & Sour" beer list. With growing interest in these sour and wild beers and Breakside brewers continued interest in experimentation the brewery will be one of the few destinations for fans of sour beers with at least four (or more) on tap at the Milwaukie Taproom & Brewery from now on.

The Man Who Made Dessert 6.4% 12 IBU
Experimental biere de garde fermented entirely with Brettanomyces and aged on Turkish apricots. Perfumey, floral, and mellow with a nice body and hints of fruit.