GrowlerWerks, A new type of growler 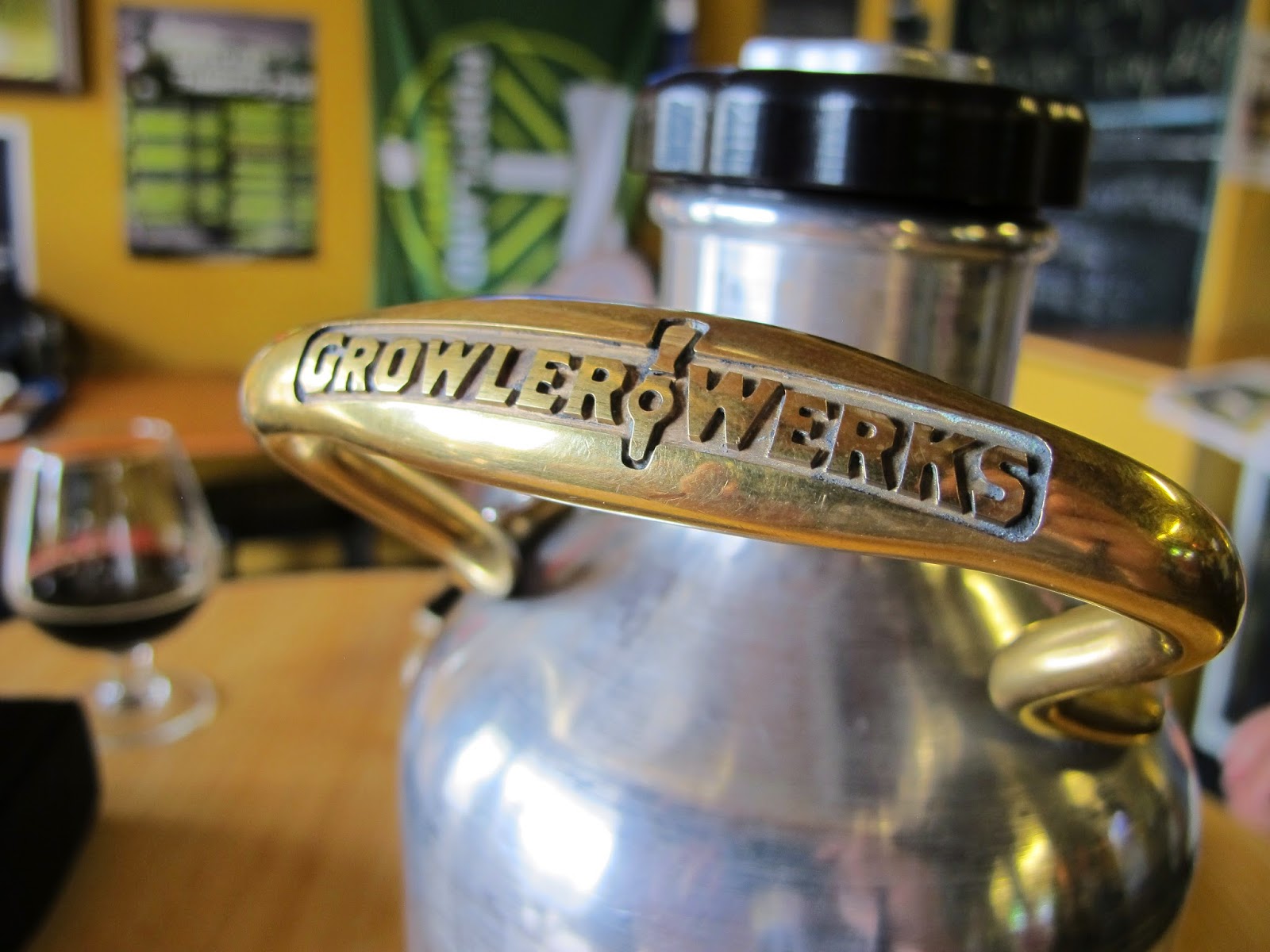 Shawn Huff met Chris Maier in 2006, while in their masters programs at the University of Washington, working on a fuel cell project together for a business plan competition which they eventually won.   After graduation, they remained in touch and in August 2013 Shawn called up Chris to have a beer at Burnside Brewing.  Shawn offered to buy Chris a growler and he declined, explaining that it would go bad after he had the first beer at home.  Shawn replied “That’s the point. Let’s build a better growler,” and GrowlerWerks was born. With the addition of two previous co-workers from ClearEdge Power, Brian Sonnichsen and Evan Rege, the GrowlerWerks team was complete. The four do most of their work out of Brian's house in his basement bar, affectionately known as the "GrowlerWerks Design Center for Excellence." 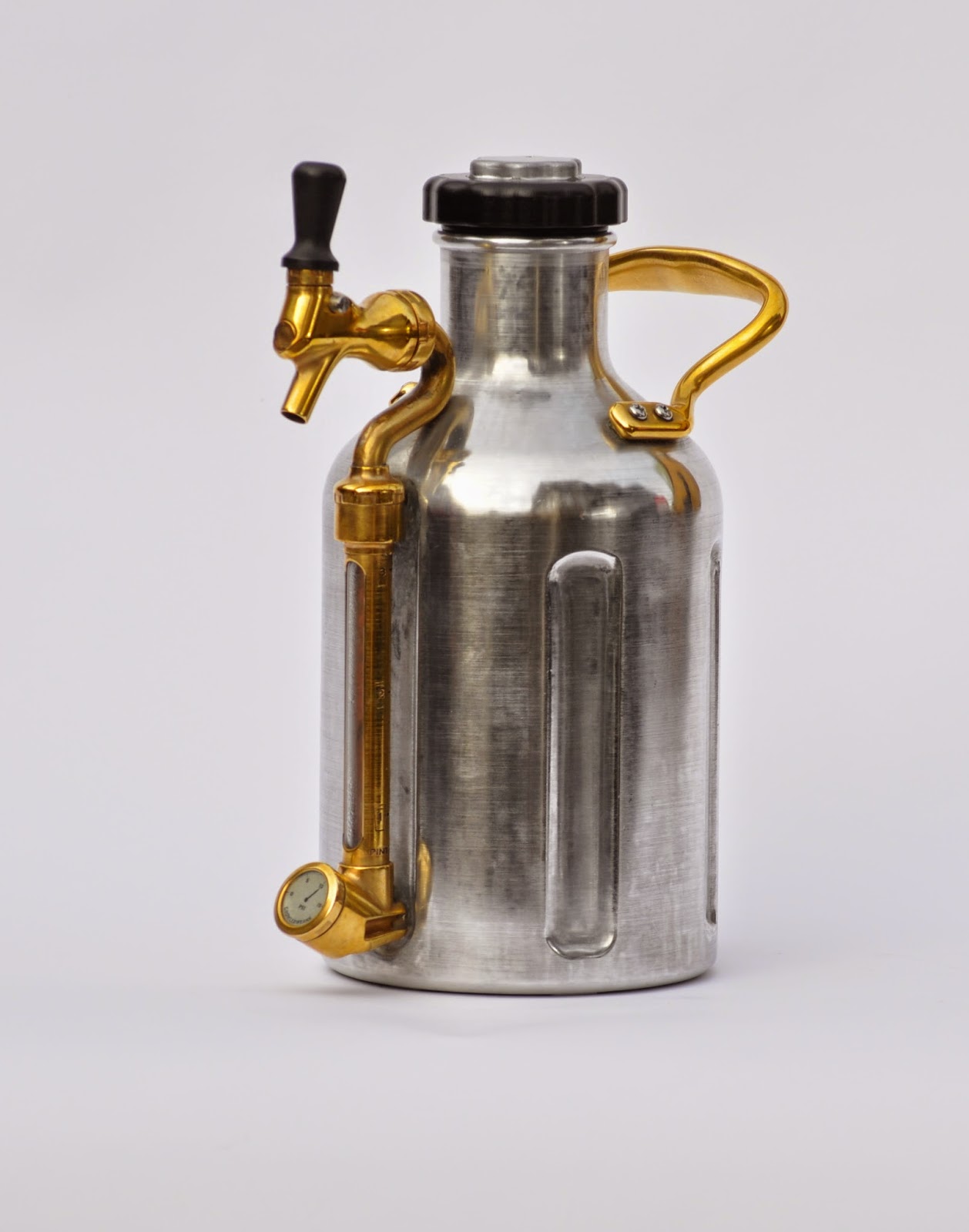 I met Shawn at BeerMonger where he brought and put the prototype for the uKeg64 on the table.  Almost immediately, a group of people saw it and came over to investigate.  This was no surprise, as I knew what it looked like and even I was impressed at this eye catching piece of hardware in person.

When the GrowlerWerks team decided what was important in the uKeg system, there were 3 points that it needed to have.  It had to be vacuum insulated, so that it could be taken out of the fridge and warm beer wouldn’t have to be a concern.  It had to "pass the wife test", ensuring that it was cosmetically appealing and looks like it belongs in the refrigerator. Finally, it just had to work.  Other CO2 charged growler systems, while they have made steps in the right direction, have never really quite hit the sweet spot on functionality.  No other growler on the market had solved all three of these problems before. 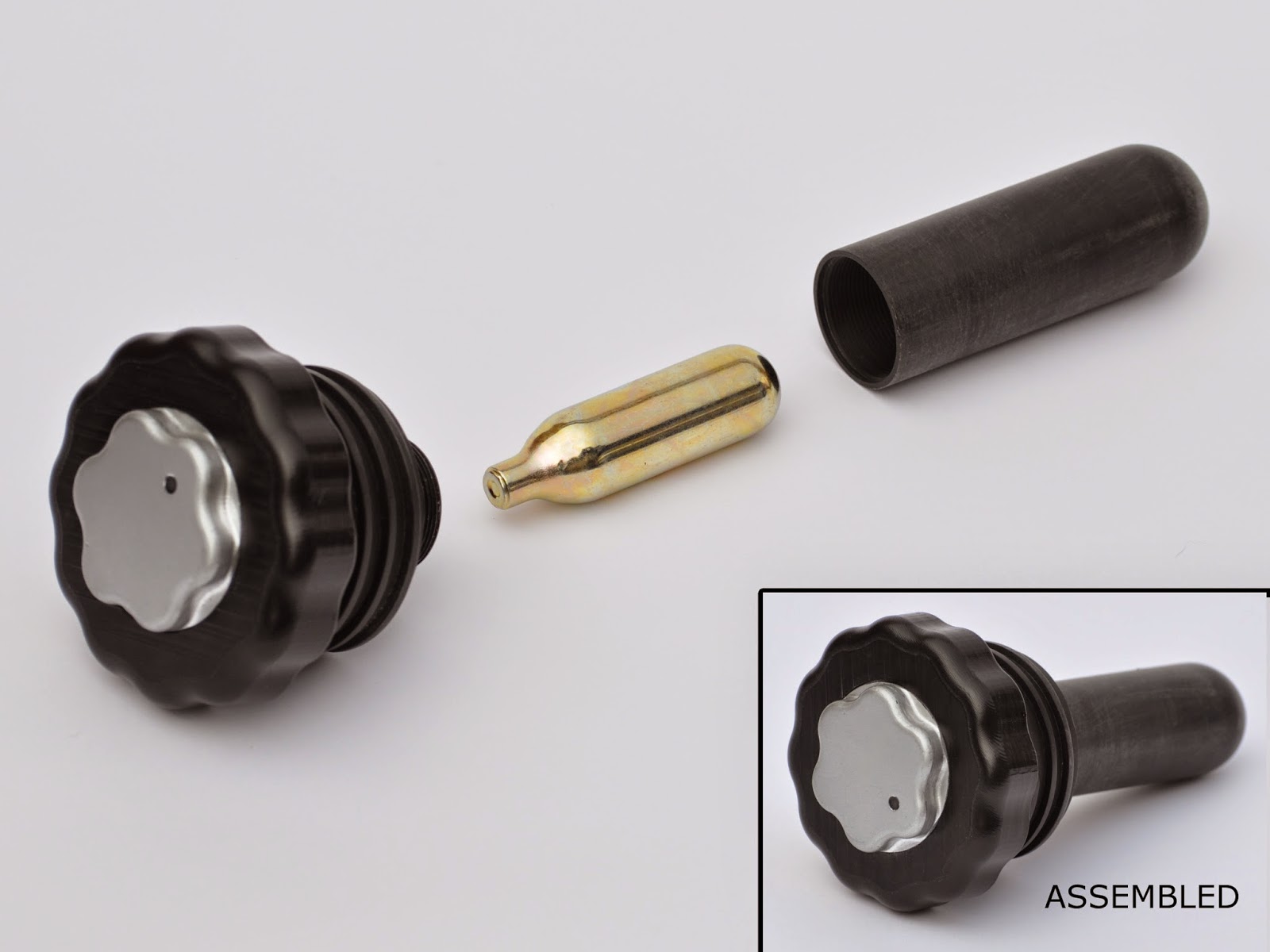 The uKeg has a continuously variable pressure regulator built into the cap.  This is unique because it does not cycle on and off, maintaining a constant pressure in the growler. This reduces foaming and maintains a high quality pour.  CO2  cartridges are standard food grade cartridges and will be around $.30 and last for one growler fill.  This equates roughly to $.05 per beer, and can be purchased through GrowlerWerks or Amazon.
The uKeg has an extremely innovative design and is currently waiting on four patent applications; on the overall delivery, the regulator cap, the manufacturing process, and the design.
This iteration of the uKeg was actually the second design.  Originally, the concept was to put a custom cap on a standard glass growler. However, after doing some destructive failure analysis with a bike pump, it was decided that glass was too dangerous to pressurize.  The manufacturing process has too much variability in the glass to assure that the growler does not explode if over-pressurized.
Throughout our conversation, Shawn kept referring to the uKeg as a "fresh beer system," which is what they is trying to create.  GrowlerWerks isn't reinventing the growler, they're trying to create a new fresh beer system, unlike any growler before. 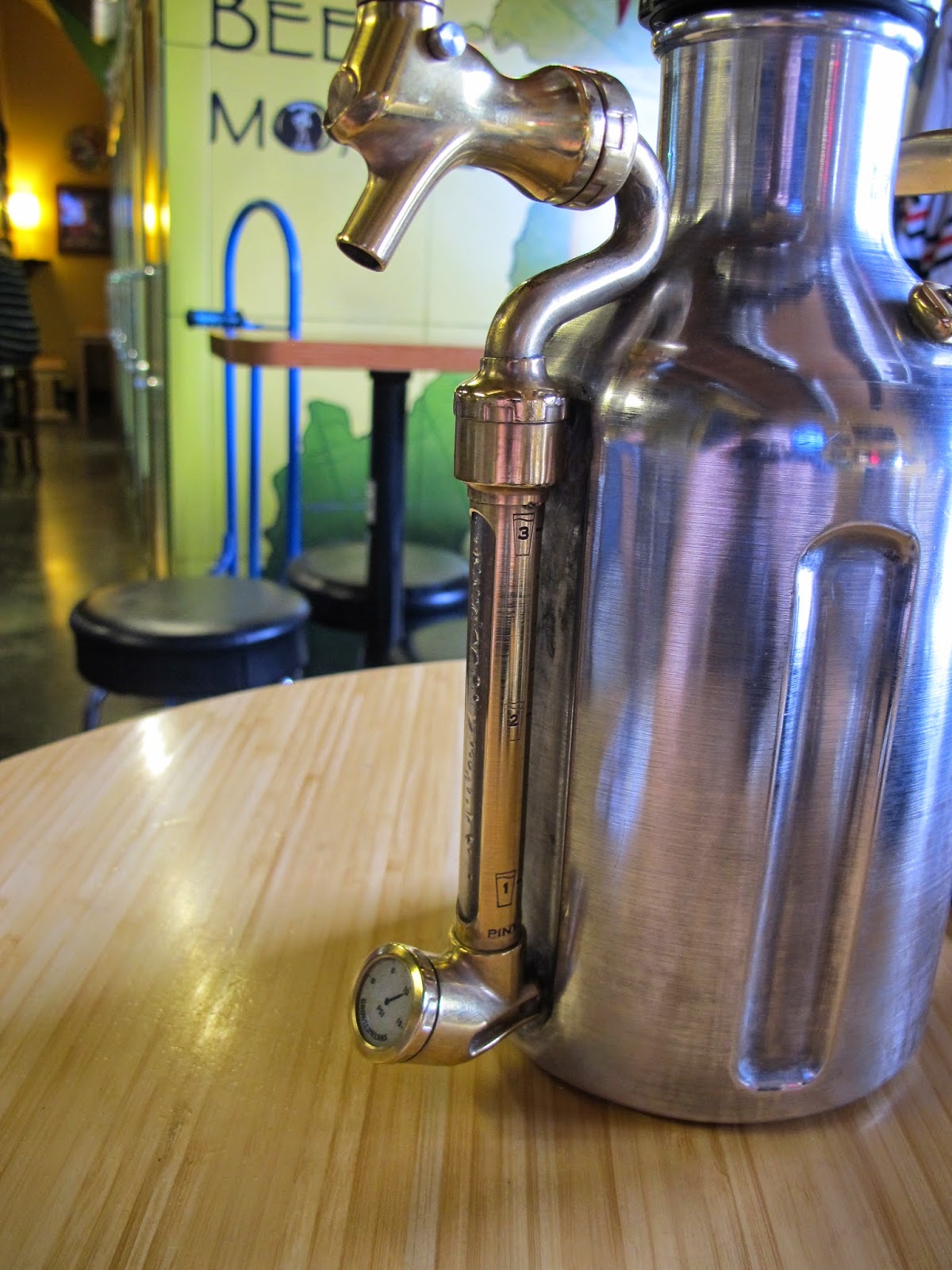 The Kickstarter launches tommorrow, Wed Oct
15th at 7:00 AM PST, and will run for 60 days concluding on Dec 15th.  GrowlerWerks needs the Kickstarter money to cover tooling and manufacturing costs.  There are a variety of reward levels that can be chosen from.  The first 250 backers will get the uKeg for $79, and after that it will cost $99, a $20 discount from the retail price.  For any business that would like to carry the uKeg before it's available for retail, a 12-unit re-seller pack can be purchased for $900 (40% off future retail). This price will be an additional 10% off Oct 15th-17th. Several other levels can be purchased as well and these can be found in the infographic at the right (subject to change).  There will also be two stretch goals, the first being the uKeg 128, a one gallon version of the standard uKeg and the second will be custom laser engraving.
GrowlerWerks is working with a manufacturer in China to keep the costs low. With quality control being paramount, they chose a manufacturer that has previous experience with this type of manufacturing.  The plan for distribution after the Kickstarter campaign is to initially sell online and then branch out into growleries, breweries and grocery stores; basically anywhere growlers are filled.
All Kickstarter backers will receive limited edition, backer only tap handles.  There is a small set screw that allows the handle to be changed to different custom handles if so desired. Most kickstarter rewards will ship before Christmas, with only the uKeg itself shipping in May 2015.

GrowlerWerks will be hosting their launch party tomorrow, October 15th at 5:30, at Hopworks Urban Brewery, RSVP on the Facebook Page.  You will have an opportunity to look at the prototype and see it in action.


UPDATE: The Kickstarter Campaign has began and the infographic has been updated.