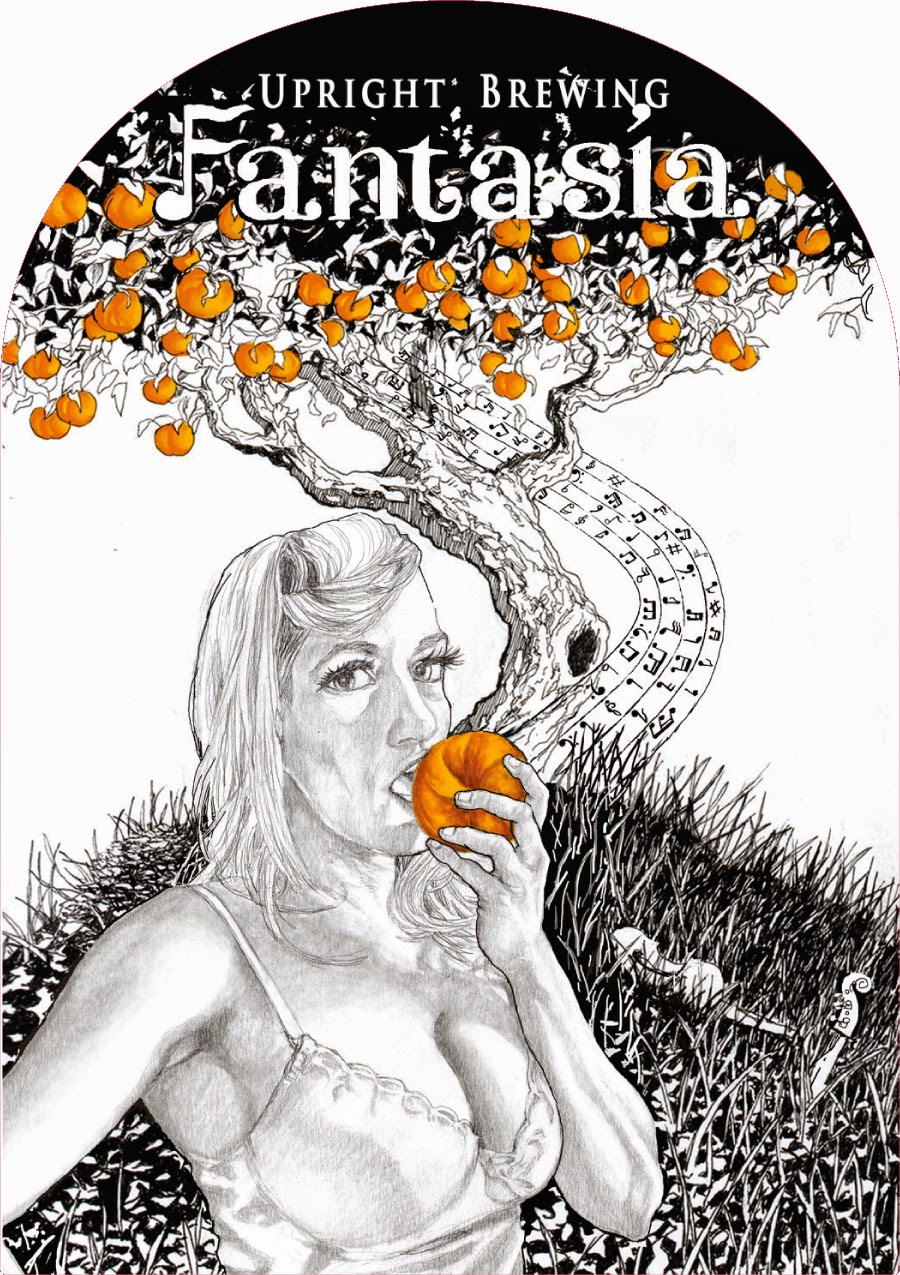 Upright brewing is releasing two bottles in the next couple months.  Fatali Four this Friday and is a wine and gin barrel aged beer made with homegrown chile peppers.  Also, Fantasia batch 4 which is a blend of two vintages on January 2nd..  More details below.  Fantasia will for the first time be available in larger quantities which will let people buy 3 bottles and may be available throughout the full weekend.  More details below.

Fantasia batch 4 is enjoying a great conditioning period and will be released January 2nd. This is the first bottling using a mix of two different vintages - 80% brewed from the 2013 peach harvest and 20% from 2012. The resulting blend brings the beer flavors reminiscent of a cellared version with more complex acidity. More detailed tasting notes to come before the release. 3 bottle limit per person, $20 each.

Because the batch is slightly larger than previous ones and a three bottle per person limit, we feel confident that the beer will not sell out right away and encourage people not to feel pressed in coming the specific release day as it will likely be on tap and available in bottles the entire weekend.

Our annual seasonal bottle release of Fatali Four is done conditioning and set for release on Black Friday, November 27th. Brewed as usual with homegrown chile peppers courtesy of Ritch Marvin, this batch is showing more character than ever as the plants enjoyed a long summer like the rest of us. The combination of wine and gin barrel aging gives the aroma and flavor lots of depth, although the beer drinks very light and dry. Previous vintages have held up well for two years +, but like all our releases the beer will be good to go on release day. 6 bottle limit per person, $12 each.