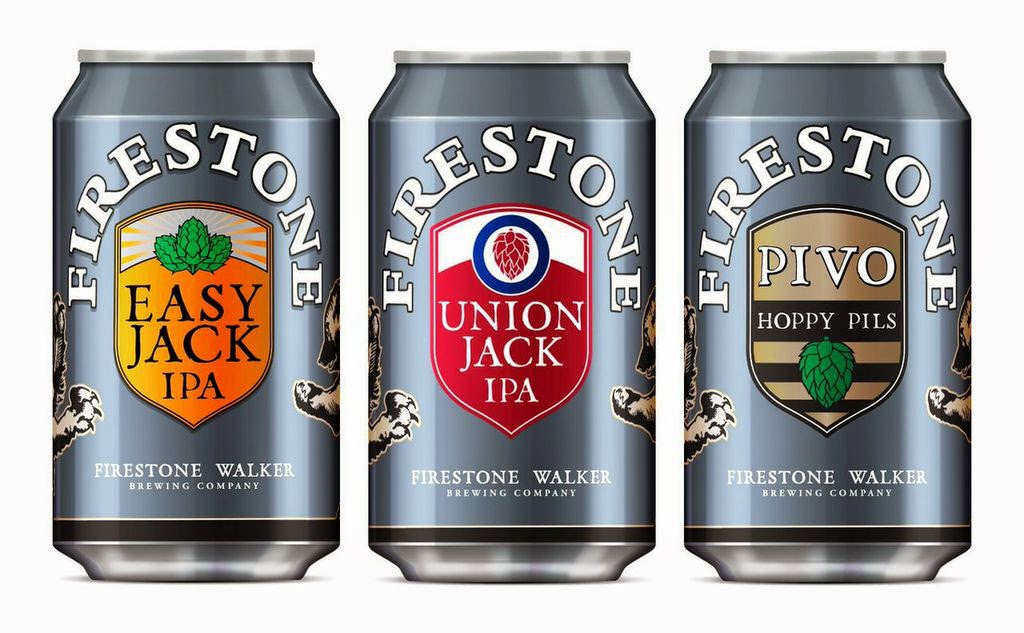 Even after 18 years of brewing, there’s a first time for everything…

“We could have rushed into canning a few years ago, but we wanted the timing to be right,” said brewery co-proprietor David Walker. “The market for canned craft beer is now hitting its stride, and canning technology has come a long way in a short period. Also, cans are a perfect fit for life here on the Central Coast. All of these factors converged to finally reach a tipping point for us.”

The brewery’s new canning line was made by leading beer packaging company KHS based in Dortmund, Germany.

“It was the best—and most expensive—solution,” said Brewmaster Matt Brynildson. “You can make the best beer in the world, but if you run it through a substandard packaging line, you end up with a beer-wrecking machine. With this KHS line, there are no worries about beer integrity.”

The canning line was first fired up last year to produce cans for the brewery’s 805 brand. The cans are dry-rinsed with ionized air and purged with CO2, then filled. The cans next run through a bubble breaker to remove any air bubbles before being surface purged with CO2 to eliminate oxygen from the head space. They are then seamed with a Swiss-made Ferrum seamer and inverted for a short period to detect any leaks as they exit the seamer. After a final rinse, cardboard carriers are auto-assembled around the cans. At full speed, the canning line produces 400 cans (12-ounce) per minute.

“I think there are advantages to both cans and bottles,” Brynildson said. “Cans do a great job of blocking UV light and maintaining a great seal, but on top of that they’re just fun. They’re light and they carry anywhere. I get goosebumps just thinking about having these beers in cans.”
Posted by Joseph M. Cooley