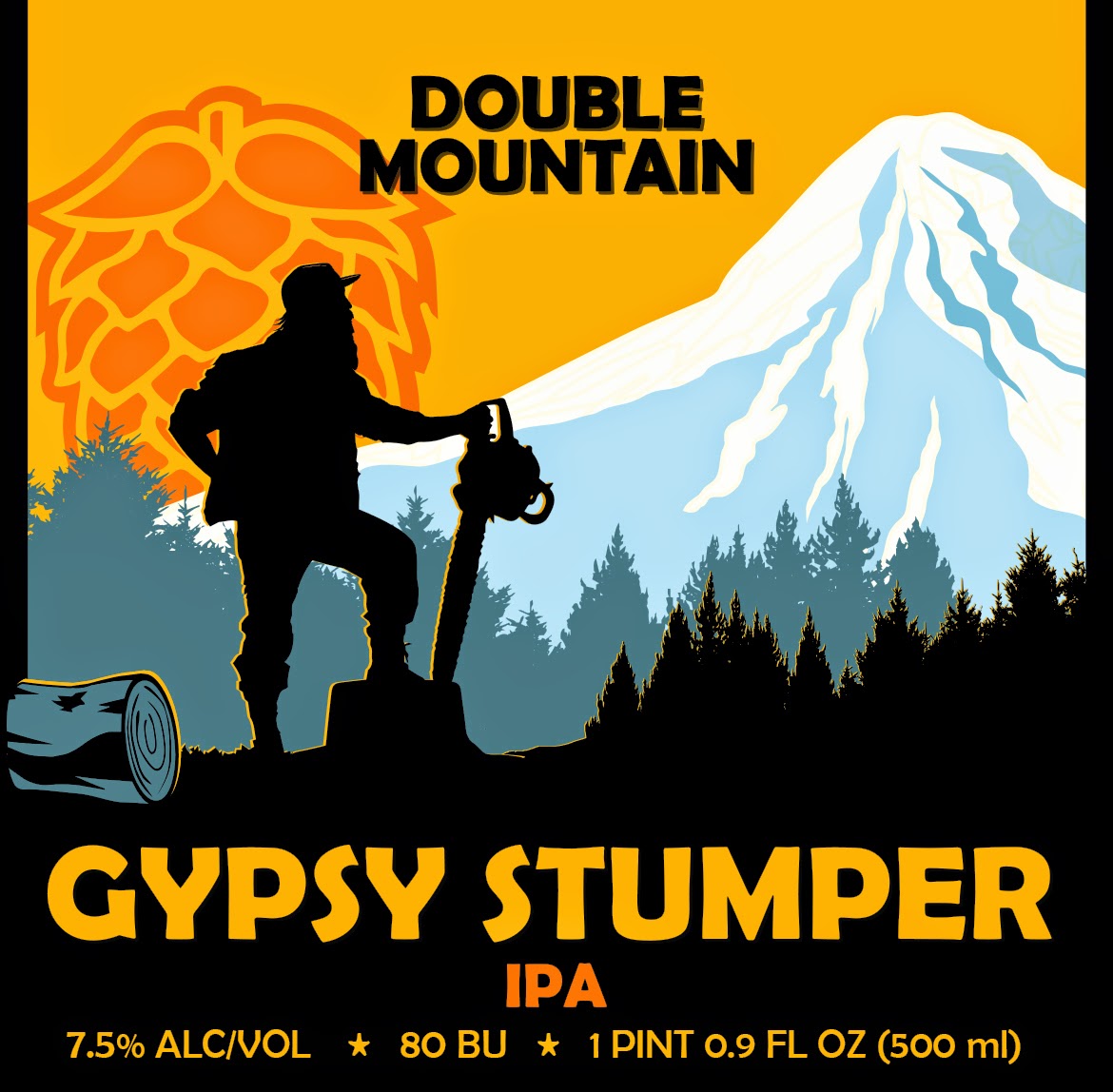 Hood River, OR—March 31st, 2015 —Double Mountain Brewery & Taproom releases bottles of their much loved Gypsy Stumper IPA. An instant taproom favorite from it's debut last year, this complex IPA is currently available on draft and by bottle at the Double Mountain Brewery & Taproom located in downtown Hood River. Gypsy Stumper can be found in both bottles and on draft throughout the Northwest, British Columbia, and Southern California in early April 2015.
“Our approach with Gypsy Stumper was to create an IPA layered in flavors, and something with a little punch to it. While many of our beers employ a minimalist approach, Gypsy most certainly does not. Pilsner and Vienna malts make up the majority of the malt bill while Mosaic, Simcoe, Challenger, and Centennial hops intertwine to craft a wonderfully hop forward brew, with different flavors stratified throughout.It's sturdy and assertive enough to get you through cutting down tree stumps. However, we don't condone the use of an axe or chainsaw while enjoying."-Head Brewer Kyle Larsen 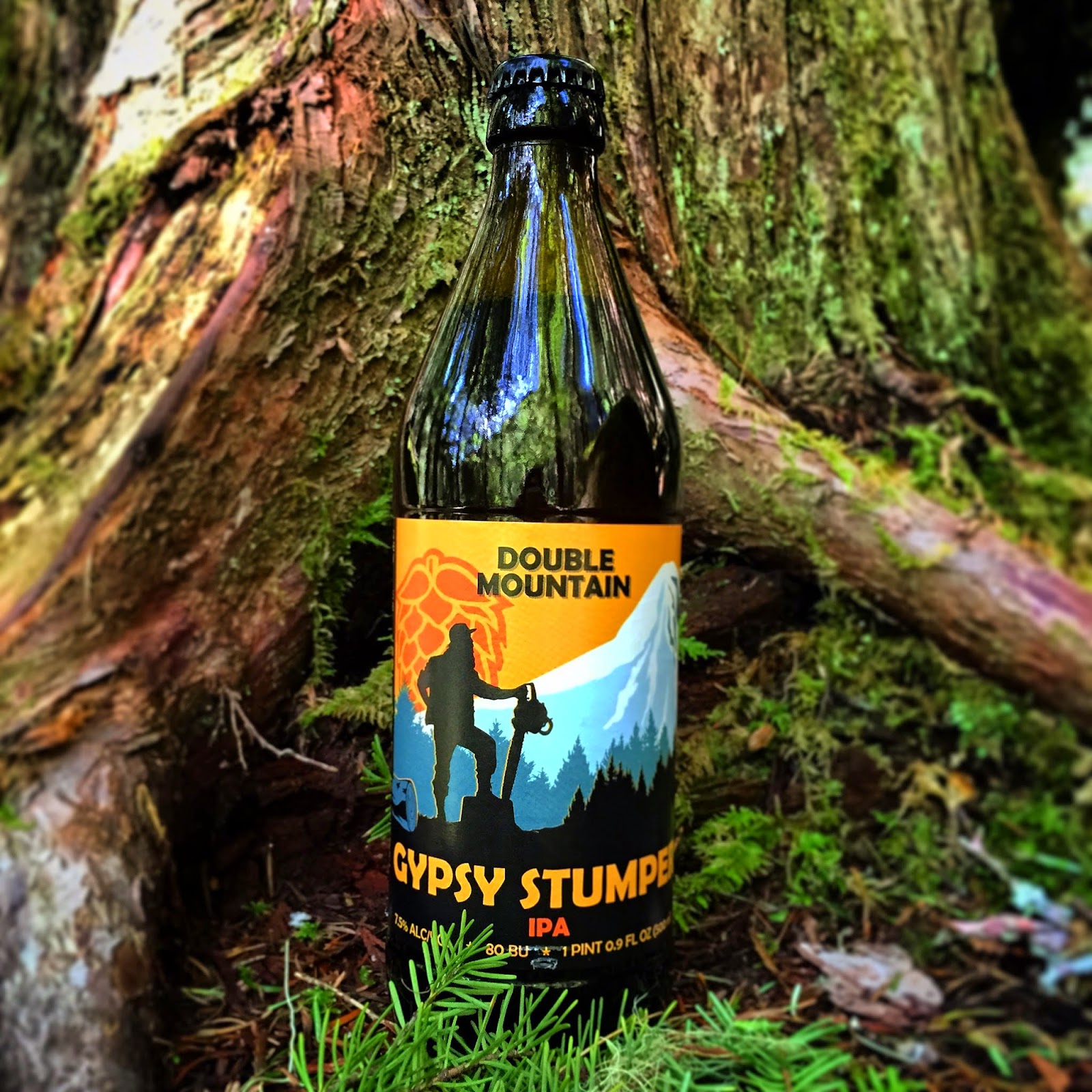 Description: In the spring of 1980, a bearded, ragtag work-crew known as Gypsy Stumpers were hired to clear stumps out of the new runs on Hood River Meadows. Camped at lift tower 10 on HRM, they worked long hours falling trees six feet in diameter, but only three feet tall. Much like the stumpers, this beer works twice as hard for your riding pleasure. Tangerine and herbal flower notes make their way through the resinous, pine forest nose. Its sturdy body holds the weight of the vigorous hopping, resulting in an assertive balance. ABV 7.5%, 80 BU
About Double Mountain Brewery and Taproom: Double Mountain Brewery and Taproom was established in 2007 in the heart of downtown Hood River, OR. Founders Matt Swihart and Charlie Devereux opened the brewery with a clear mission: make great beer for craft beer fans. Double Mountain Brewery’s unique location lends to not only using pure and clean glacial water for their beers, but they also take advantage of regionally grown hops. Double Mountain Brewery and Taproom’s unfiltered and long-aged beers deliver maximum flavor and character. They can be found on tap and in bottles throughout the Pacific Northwest and Southern California. Learn more at www.doublemountainbrewery.com