Fort George latest brewery to be involved in an InBev buyout 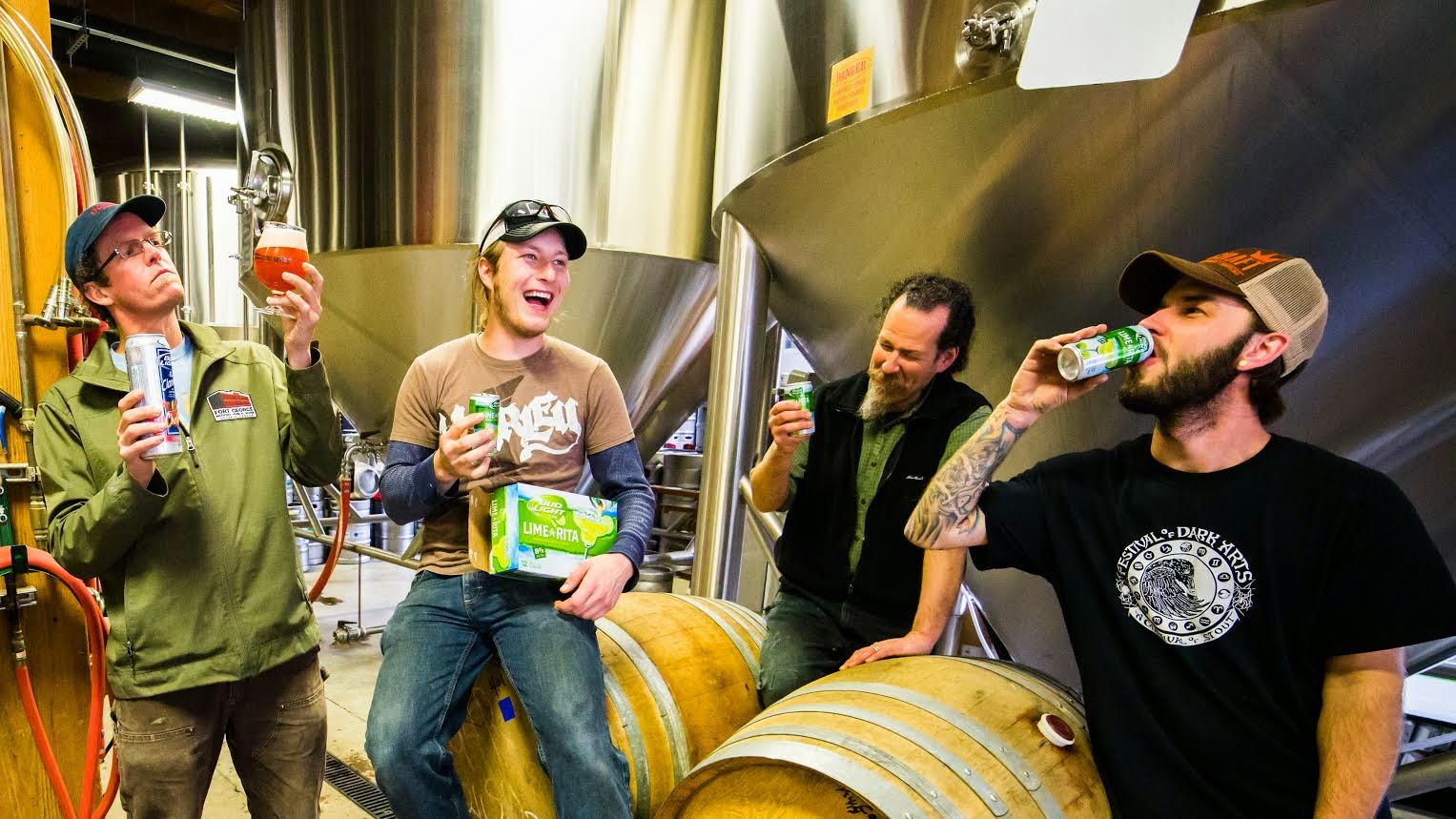 Fort George Brewery announced today that is has begun the process of gathering investors to purchase Anheuser-Busch InBev.  For more than 160 years, Anheuser-Busch, with its flagship brewery still operating in St. Louis, MO, has had a dominant presence on the American beer landscape.

“We have no plans to move brewery operations away from St. Louis at this time,” said Fort George co-owner Chris Nemlowill.  “Anheuser-Busch has time-honored traditions passed down through generations of brewmasters and employees. We see this more as a partnership. Their recipe of hard work and branding has served them well, and we’d like to continue to see what they can do independently.” AB InBev Currently holds a 47.2 percent share of the U.S. beer market. “I am looking forward to trips to Belgium, however,” Nemlowill added.

“Bud Light Lime-A-Rita would definitely fill a niche Fort George does not serve,” explains Jack Harris, co-owner and brew master at Fort George. “Straw-Ber-Rita, Raz-Ber-Rita, even Mang-O-Rita, we don’t make anything like that. Fort George definitely does not have a Rita-style beer.”

Other than ownership, no major changes are in store for Budweiser and its affiliated brands.  Bud drinkers will still be able to enjoy that great beechwood aged flavor they have come to know.  “The recipes and the message will remain the same,” explained Nemlowill. “You can still look forward to all of those heartwarming dog and horse commercials on Super Bowl Sunday.  In fact, maybe even more of the
same.”

“I’m up for whatever,” Harris agreed. “And you can hashtag that.”

Although just in the preliminary stages, Fort George is looking to secure the capital to close this purchase by the end of 2017, or when their gofundme goal of $250 billion is reached.  In addition to its U.S. operations, the acquisition would include all of AB InBevs worldwide holdings.

About Anheuser-Busch
Anheuser-Busch is the U.S. arm of Anheuser-Busch InBev and operates 15 breweries, 17 distributorships and 23 agricultural and packaging facilities across the United States, representing a capital investment of more than $15.5 billion. Its flagship brewery remains in St. Louis, Mo., and is among the global company’s largest and most technologically capable breweries. Visitor and special beermaster tours are available at its St. Louis and four other Anheuser-Busch breweries. For more information, visit www.anheuser-busch.com.

About Fort George Brewery
Locally owned and operated in historic downtown Astoria, Oregon, Fort George crafts original beers available only in the Pacific Northwest.  Whether in cans or kegs, at the pub or on your front porch, Fort George beer brings people together inaromatic headiness and lupulin ecstasy. For more information about Fort George, go to www.fortgeorgebrewery.com or follow them on Twitter and Instagram