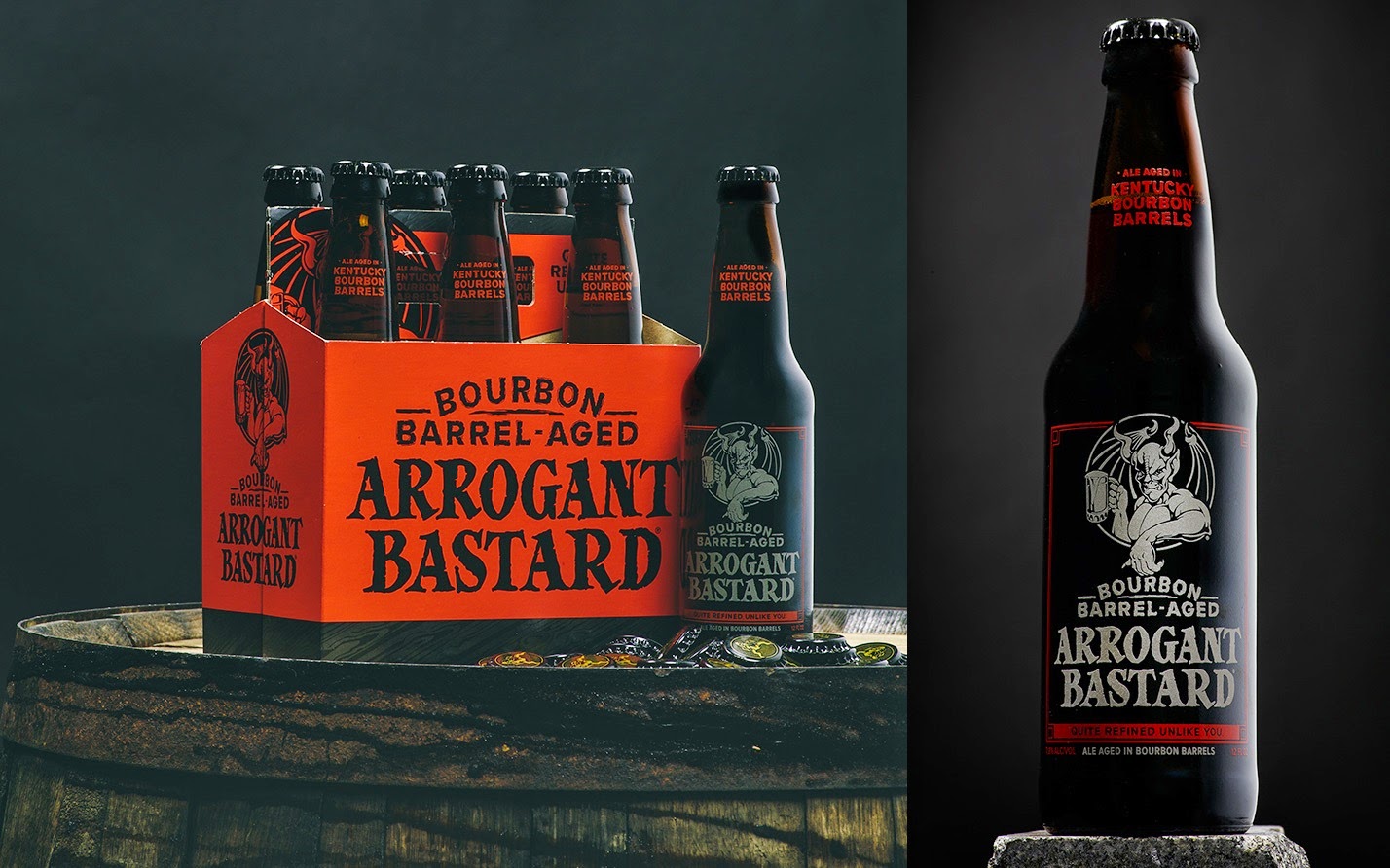 The Bastards at Stone Brewing Co. have released, to the wanting masses, a new addition to their boisterous lineage of beers. Their crowning achievement in bulk produced liquid arrogance has been sitting in Kentucky bourbon barrels for months and now it's so boozey, they can't stand to have it in the brewery any longer.

Sent out into to the world in both 22 oz. and 6-packs of malty hubris BBA Arrogant Bastard comes in at 7.9% ABV. Enough to get you to the beers namesake but not enough to make you pass out due to your tween alcohol tolerance. 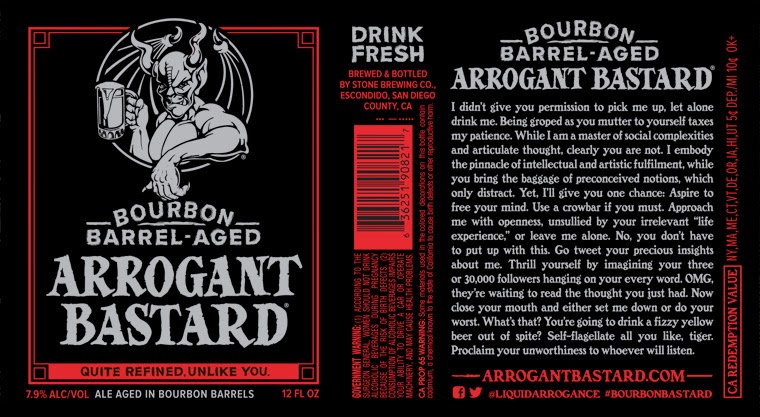 This beer also comes, free of charge, the usual level of consumer facing aggressiveness on the label that you have come to expect from the Bastard line of beers. 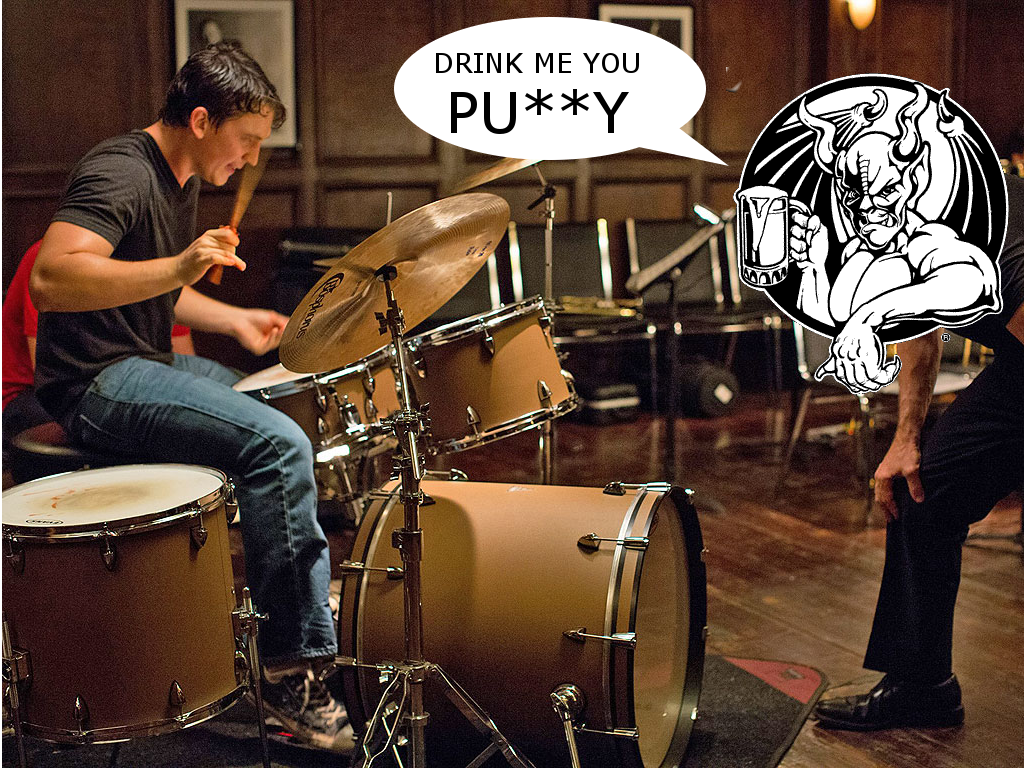 Bourbon Barrel Aged Arrogant Bastard (BBAAB) is available in stores now and is waiting to make you feel bad about yourself. Either that or striving to push you towards that one unrealized "dare to be great" moment you have yet to achieve, like J.K. Simmons in Whiplash. Spoiler Alert...