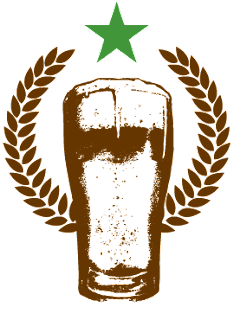 “We are thrilled to have had the opportunity to collaborate with Coalition Brewing on a second beer that showcases the delectable flavors the Northwest has to offer,” said Zupan’s CEO and President Mike Zupan. “Adding quality ingredients from Caffé Umbria and Woodblock Chocolate truly sets the flavor profile of this beer apart.”

Imperial Coffee Chocolate Stout is complex, supremely drinkable and a great beer for the winter season. Flavors of black barley and Chilean caramel malt are combined with Italian espresso and molten cacao from Tanzania to bring this beer to life.

Zupan’s Markets currently has Imperial Coffee Chocolate Stout on its shelves for purchase. A portion of the brew is being barrel-aged in a Bull Run Distilling whiskey barrel for a special release in the fall of 2016. 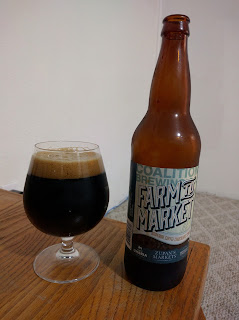 A (3/3):Topped by a thick black chocolate colored layer of foam that coats the glass in a thick wall of head as the beer level sinks.  An opaque black beer.

T (17/20): A mild, but pleasant coffee flavor, with dark roasted complexity from the barley and a lot of sweet chocolate flavor make this beer a true delight.

M (4/5): Very thick and creamy, one sip coats your mouth in a thick layer of this beer. A chocolaty sweetness lingers in your mouth long after the beer is gone.

O (8/10): Overall a great beer, definitely for those who like a stout with lots of coffee and chocolate character.  The sweetness lasted a little longer than I would have liked, but just my personal nit picky preference.